Are you one of those ardent gamers that are always on a hunt for the adventurous games that can take your amusement...

Are you one of those ardent gamers that are always on a hunt for the adventurous games that can take your amusement to the next level? Well, in that case, you need to go through this post!

The advanced gaming has taken the world with the storm and high-end graphics and advanced consoles can eventually give you goose-bumps. But have you ever imagined how this gaming engine works? What are the backend processes developed by any Android App Development Company that works in delivering the finest gaming experience?

If you are on a hunt for the answers for these questions, you need to continue reading this post! Here we would be sharing detailed information regarding the aspects that would help you in developing your first game in Android.

One needs to install Android Studio on their PC. For all those who are unaware of Android Studio, it is a development tool that helps in developing dynamic applications and games. Installing this tool isn’t rocket science; you only need to follow a basic installation procedure.

If you are planning to develop a 2D game initially, you have to learn how to set up layouts and design the backend of the game. The ones with the basic development knowledge and skills would be able to understand the things that combine to deliver a reliable app or a game.

It is necessarily important for you to work on an idea about the game. This simply means that you need to plan things in a way that it depicts how your application would function. Here are some aspects that you need to consider while you are planning to develop a game:

These are some of the basic things that you should prepare in advance before you can move to the development part.

The Designing of Layouts

You should be aware of the fact that the Android application or a game runs in different layouts. It is mandatory for you to design the layout separately, which would require adequate designing skills and hence you can explore the internet for the same.

It would be a great decision to seek help from the online tutorials that can help them in getting detailed information about designing dynamic layouts as per different screen sizes and device types.

Android Studio helps the developers in designing and coding precisely with adequate guidance, which is perhaps the reason why most of the beginners only rely on this powerful tool. There are other tools available in the market that you can consider for game development but you would get better reliance with Android Studio.

It is recommended that one should learn the concepts of object-oriented programming using Java, which is the base of any of the Android development. You can consider some basic commands that would give you an idea about the logic that would be required in giving a direction to your ideas.

It is necessarily crucial for you to emphasize the different devices so that you can be sure enough that your game is supported on different devices. There are people who don’t focus on the minimal configuration of the device, which is perhaps the reason their game/app doesn’t perform as per the expectations on some devices.

For some beginners, it would be great that they design a game or app for a specific device in the beginning so as to ensure that the functionality is adequate. You can always check the functionality of the application on the inbuilt emulator in Android Studio that can help you analyze any flaws with the app.

Once you have rectified any errors in your game, it is the time to test the application/game so as to ensure that you get the best amusement level. There are chances that your game may be running precisely on the Android emulator but eventually may not function properly on the device.

Once your game development is competing, you can create your account on Google Play Store and fill the necessary details about the game along with some appropriate screenshots. This would give an overall idea about your application to the users so that they can download and enjoy.

This post highlights the basic steps involved in the development of an Android game for beginners. One should note that the core knowledge of programming language and exceptional logical skills are mandatory for developing a game in Android.

You can grind your skills by learning more about the technology and the languages that combine together to build a reliable game or application.

Jasica James works as an Inbound Marketer and Content Strategist with Seasia Infotech. She has a knack for Anticipating Marketing Trends and best practices in the realm of digital marketing and customer acquisition. She is popular among our clients for her impeccable writing skills. Profile
Please Login 0

2 Replies to “Android Game Development: A Complete Guide for Beginners” 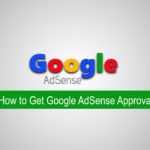 12 Things to Do Before Applying for Google AdSense