Are you excited to witness the future of gaming? Better technology and shifting consumer dynamics will bring exciting transformations in this realm.... 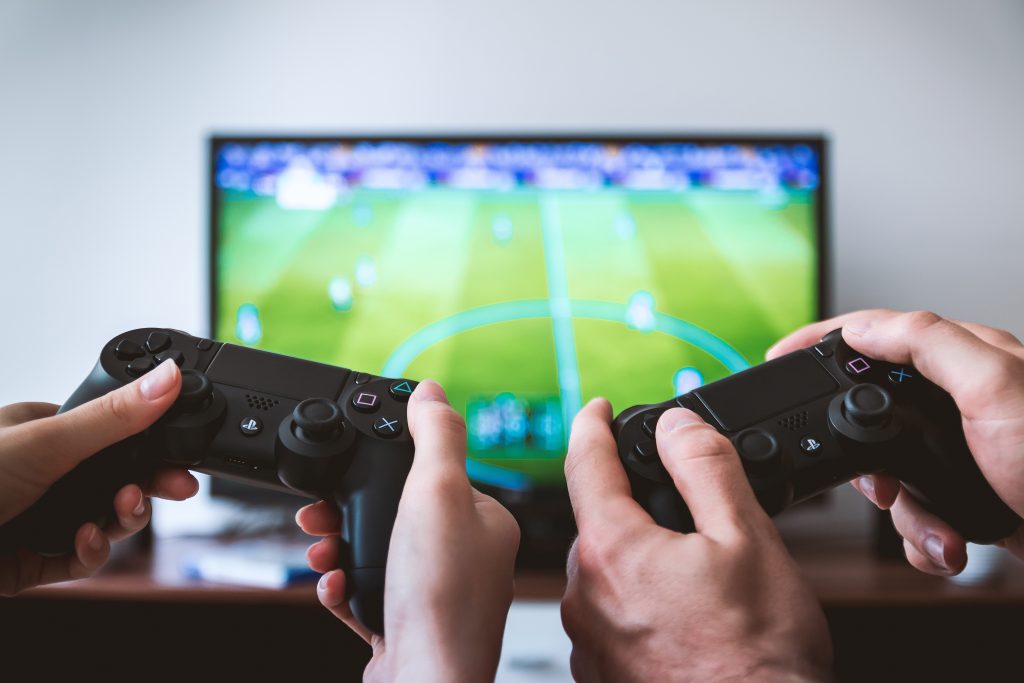 Are you excited to witness the future of gaming? Better technology and shifting consumer dynamics will bring exciting transformations in this realm. While we’ve seen the last decade to be tilted towards smoother gameplay and higher-definition displays, things will be different ahead. Most improvements will change the industry and make it into a more solid stream to grab entertainment.

Here are some trends that will shape the future of the gaming industry.

Games will continue to be released digitally at a greater pace. According to Statista, 83% of all computer and video games sold in 2017 were delivered in a digital format. Naturally, monthly-subscription services that rely on the cloud are becoming commonplace when it comes to games. Take the example of the popular digital media delivery service ‘Xbox Live’ that allows seamless multiplayer gaming.

The quantity of games launched digitally every year is bound to increase. Statista reports that the video game distribution service called Steam launched more than 9000 games in 2018. Customer analytics provides game developers with key insights that can help them build phenomenal games. Therefore, it’s safe to state that we live in an age where everyone can look forward to playing something exciting.

The gaming industry is huge, and it caters to all sorts of devices. You can even find options that will let you play on the go. Consider Unlimited Gamez Mo, a mobile gaming service that offers an awesome ad-free experience to its subscribers.

The future of games is immersive, and game developers are striving to produce high-tech games. Technological advancements will play a key role in boosting this trend. For now, we can move around our body with physical games like the ones you can play on Nintendo Switch. Splatoon 2 or ARMS should ring a bell.

Haptic feedback has traditionally been integrated into racing video games, however, it is bound to become more common. The day is near when gamers will wear a bodysuit full of sensors and play with a fully immersed experience.

The interconnectedness between social media and gaming is also increasing. People love to invite their circle and share their achievements with their friends. There is no denying the social component of this industry. Games have become a social affair, and therefore, you can expect more platform-based games in the future.

The Gaming industry is becoming more inclusive, and therefore, there will be games targeted towards various consumer segments. Since loneliness is common in older generations, there is a huge population of gamers from this segment. In the future, we can expect special games that will be created with the end of consumer insight.

With every technological advancement, we can expect the incorporation of exciting changes to the gaming industry.

Are you ready for the next generation of augmented reality? The future is slowly making its way into the present. There are some developments indicating that the use of this technology will grow. In fact, Pokémon Go game developers recently announced the inclusion of a live AR multiplayer feature. The objective is to ensure that AR objects interact more realistically with the real world.

As more and more games adopt AR technology, we’ll find a world where people are better engaged with games.

Improved hardware capabilities allow games to use VR in an unprecedented manner.

According to Super Data, the VR industry will reach about 13.7 billion dollars by 2022. The market potential is huge, and gamers will be able to benefit the most. Game graphics have improved phenomenally in the last few decades, and we will see more developments in this sphere in the future too.

Did you know the present is witnessing an unprecedented amount of research related to the development of VR games? The major gaming companies of the world are interested in introducing something cool and highly immersive. After all, the relevant technology was too expensive in the early days, however, this isn’t true anymore. There is just no way to stop the takeover of VR in the future.

There is a frenzy among companies to invent a secondary gaming device that steals the limelight.

Multi-screen gaming outlets like Nintendo Wii and SmartGlass allow gamers to leave the primary screen uninterrupted. This small change will improve the experience immensely. For games like ZombiU, the Gamepad or secondary screen will operate tasks like managing inventory and accessing the map.

Being able to have your own secondary screen where you can make key decisions in multiplayer games is awesome. New technology has improved the experience and quality of many types of games. Regardless of whether you’re playing online slot games or multiplayer racing games, you’ll have fun. Therefore, be ready to see more and more games with multi-screen gaming capabilities in the future.

You can expect the gaming experience to be more engaging in the future due to the mainstreaming of wearable technology. These new devices will act as extensions of the gaming consoles and will revolutionize the gaming encounter.

While the Nintendo Switch has pulled off physical games wonderfully, there is more in store for the future. As more and more health-conscious millennia become parents, there will be a greater demand for games to keep children active. Therefore, there will be a shift in the way the industry develops them. Games that attempt to have physically and emotionally involved gamers will be better received by the community at large.

Children love playing with their siblings or colleagues. Just imagine having the ability to play a multiplayer fighting game or a racing game through advanced wearable devices. The possibilities are endless, and the outcome will be widely appreciated by the audience.

Streaming and cross-play will become ever so common down the line.

Platforms like YouTube and Twitch allow gamers to stream their gameplay. Cross-play functionality allows gamers to resume their games from different integrated devices. The future will surely include these two elements as the industry continues to boom.

Believe it or not, competitive video gaming has become a thing. Casual gamers become somewhat of a celebrity. The impact is huge, and they are able to make a living through brand endorsements and participation in live events.

The eSports industry is worth a billion-dollar. It will continue to grow in the future and become trendier as more people approach games for entertainment. There is a huge potential for developers to make top dollar through this outlet. Plenty of people enjoy spectating games, and a multitude of gamers love streaming them.

The Gaming industry is a huge, multibillion-dollar industry that uses technology to evolve and grow. Some observable trends in this industry include the production of games with AR and VR capabilities.

There is a lot of research that is allowing this transformation in gaming. Developers are striving to build more immersive games that can engage with their audience and keep them hooked. It is interesting how a huge audience considers competitive video gaming as a source of entertainment.

Therefore, it would be fair to say that developing a game, streaming a game and producing consoles is a profitable affair.

About Michelle Joe: Michelle Joe is a blogger by choice. She loves to discover the world around her. She likes to share her discoveries, experiences, and express herself through her blogs. You can find her on twitter: @michellejoe524 Profile
1

How Payroll Software for Small Business Can Help Keep Your Business Legal?

How to Produce AR and VR Events: Tips to Know