Someone called it a cat and mouse game, and it is. Website designers and SEO experts keep on devising strategies to keep...

Someone called it a cat and mouse game, and it is. Website designers and SEO experts keep on devising strategies to keep their websites on top of Google search results pages, and Google keeps on tweaking its algorithm from time to time to provide users with more accurate results. It is a never-ending cycle, and a website needs to keep tabs on these changes in the search algorithm. The problem with that is Google does not officially announce the algorithm updates in most cases, but experts try to understand the differences by extrapolating the changes in the ranking with the changes that happened on the websites. We decided to take six continuous years from the last decade and see the major Google algorithm updates in those years.

It was a less busy year compared to some of the other years in the decade from 2008 to 2017. Search Engine Optimization (SEO) is the primary concern for a website designer. In April, Google gave users a standard keyword called “Dewey” and asked them to report changes in rankings between different data centers. In August, a new feature called Suggest was introduced, which displayed suggested results in a drop-down below the search box, which remains to this day, rechristened as Google Instant.

In February, Google allowed webmasters to send canonical tag signals to the search engines. It was done in partnership with Microsoft and Yahoo and did not impact human visitors to those websites. Twitter feeds, Google News, and later on, other social media feeds were included in real time searches in December.

Another major Google algorithm update in 2010

It was a hectic year for the search engine and marketers alike. Google Places, which had been rolled out in 2009 as part of Google Maps, started to get integrated with local search results. The next confirmed change was on May Day when sites with thin content began to be penalized. The significant shift after that was the rollout of the Caffeine infrastructure which aligned crawling and indexation. The journey of 2008 was closed in September, with the launch of Google Instant. November saw instant previews of landing pages using a magnifying glass icon. It marked the increased focus on the quality of landing pages. Finally, Google made a unique change to algorithms to weed out websites that were grabbing rankings based on negative reviews, following an expose on one such site by a newspaper.

In January, Google reacted to some much talked about spamming cases by aligning rankings with content attribution. The big news was the launch and rollout of the Panda structure in the algorithm in February, and poorly constructed sited began to get penalized for lack of quality. Following the lead of social media apps, Google introduced the option for visitors to give a plus one (+1) rating to a search result, allowing the domino effect of user votes to push up the rankings of a good site. 2011 was also the year which saw several updates to Panda. Following month saw another joint announcement by Google, Yahoo, and Microsoft regarding schema.org. Continuing this momentous year, Google launched Google+ and integrated it with its own products like Gmail. One more innovative update by Google was in August when expanded site links with bundles of 6 sites began to be offered in response to brand searches. Two more critical updates were related to encryption of search strings and adding freshness of content as a positive for ranking.

In a trend that had started in 2011, Google began to announce updates in packs instead of individually. The year also commenced with an announcement of 30 updates. Another 2011 development that was taken forward was the use of Google+ for personalizing Search+ Your World. The updates to Panda continued through the year, and some Lowell MA SEO experts reported one more round of updates that penalized websites with more advertising than content. One significant change that the year brought was that instead of the earlier ten results on each page, Google began to provide 7 top results on each page.

Finally, What I want to say.

These were just six examples of how Google kept SEO experts busy every year. The trend continues as we step into 2018 with the launch of Google Jobs in June 2017 being just one example of how Google keeps reinventing its algorithm.

Sujain Thomas is an SEO expert with years of experience in Lowell MA SEO. He has worked with numerous reputed companies and helped them reach the top ranks of Google SERPs. Profile
Please Login 2

How to Free Up Space in Gmail? 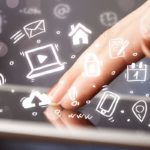