TCS interview generally takes about 45 minutes to 1 hour and that can include one or two or more interviewers. One of... 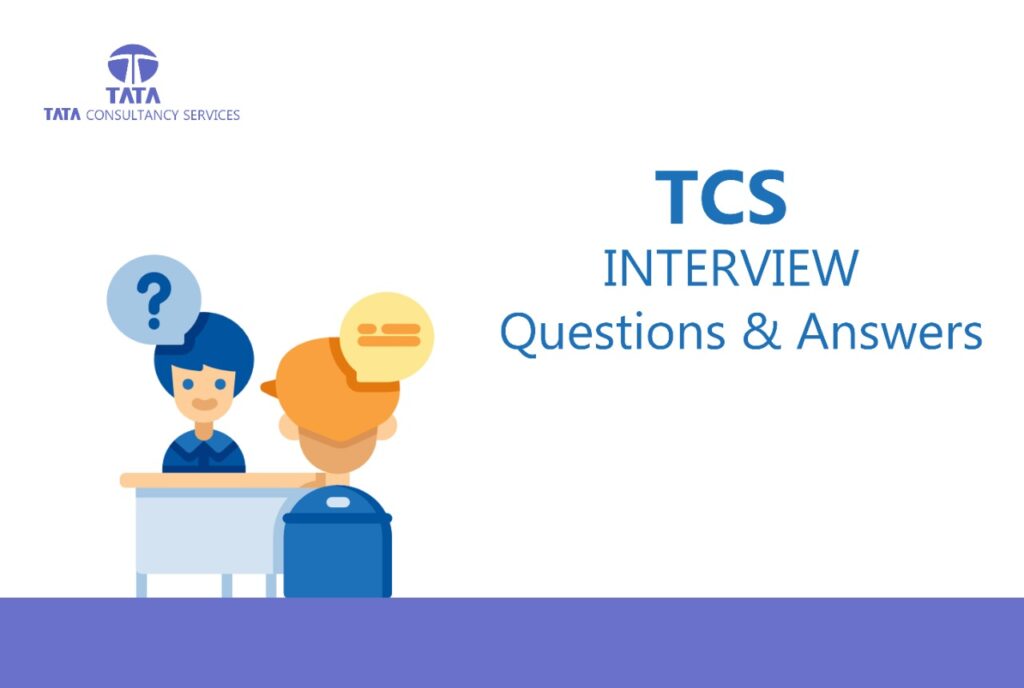 TCS interview generally takes about 45 minutes to 1 hour and that can include one or two or more interviewers. One of the interviewers will focus on your leadership skills, some management skills, and experience by answering situational questions. Another one will depend on the candidate’s technical skills. They should arrange a similarly preferred time for a candidate interview. When the telephone meeting goes perfectly, you’ll be asked to call us for a personal interview. so today we will discuss mostly asked TCS interview questions and answers in their hiring process.

Inheritance defines as the data member that inherits a parent class property to the child Class. In Simple Words, Inheritance is a method under which a single object obtains all the property and behavior of its parent class object. Any class is derived from another class that might be referred to as a sub-class of Parent Class or a child class of parent Class, as well as the class by which that a child class is extended from a super-class or any parent class.

Abstraction is a mechanism that hides the information of the application and displays just only the features to the user. Abstraction allows you to focus on what the entity does instead of how it does it.

Encapsulation is also a method that means wrapping up code or data all together under a single unit, e.g. a capsule that is filled with a variety of medicines.

DBMS is a Stand for database management System and DBMS is a software system that is used to store and maintain databases. DBMS allows all the end-user to create and Store data. DBMS also provides an interface between their end-user and their database.

There are 7 Phases of SDLC

There are a lot of Advantages of the Database Management System:

Normalization is a method that helps in arranging or Storing data in their database. There are Two objectives of this Normalization are: To remove duplicate data which means it can’t store the same data in the table more than one and It also ensures that data dependency makes perfect sense which means It only stored only relevant data in a data table.

Bitmap has consisted only of bits for each distinct value. It uses a sequence of bits to easily located rows in the table. This is used to map small cardinal rows in the data Table.

A virtual function is derived in the base class and it is re-derived in their Derived Class and that has considered Virtual to obtain Polymorphism. Through a virtual state, they create a base class reference Variable to execute that intent of every derived class depending also on the value of its pointer.

Delete a derived class entity that used an existing class reference that has a non-virtual destructor that performed in an undefined action. The class object should be specified with its virtual destructor.

The abstract class consisted minimum of one Pure Abstract object inside it. Abstract classes can be used to provide an interface to their sub-classes.

Some useful storage classes that are used in C Programming languages are 1) Static 2) auto, 3) Register, and 4) external.

It is indeed a C language function that also allows you to build over one method with that similar concept. That function can be described by using its criteria.

Relation integrity law specifies that now the server doesn’t hold an underage record of global core attributes. Throughout this case was primary correct response will not be changed because you have been using this quality as just a foreign key and in the Parent the child table. Some integrity bylaws, this same primary hash length could not be managed to keep null.

Class is also a part of object-oriented programming language that helps you to build any site that includes some data members and their functions. Users can obtain it by developing an instant class of different objects.

An object becomes an object in the actual world. And this object is derived from the class and this Instance of the item that is defined in the class.

The key difference here between structure and the array is:

The fields under which the data form is being used would be as follows:

Deadlock prevention strategies are as follows:

The selection sort algorithm is a sorting algorithm in which a list of final variables or varieties is built with one thing at a time. Throughout the bubble type, you merge the neighboring items if the ordering is not perfect.

Data abstraction is a method of identifying the features of an entity or some circumstance as well as of sorting out detrimental effects.

These are three levels of data extraction are as follows:

There are many five forms of inheritance throughout the design for C++. These are:

The null pointer is a line that leads to none. This has to show the value of zero. And the Void pointer is a standardized pointer established by the American National Standard Institute (ANSI).

The software should be structured so that you really can coordinate the information effectively. You can also equalize the database to delete unnecessary records.

Conditional comments are mostly recognized as just a specified item or whether-then sentences. Conditional assumptions are guidelines. Such rules should only be implemented if another value is satisfied.

The homogenous collection is a data structure that includes identical components. The required criterion for using a range would be that all arrays will get the same amount of information.

There are three purposes for the allocation of recent memories in C. Those who’re as continue to follow:

Calloc(): (this performance improves memory to null and equalizes the block of memory with null. Gets back the reference to just the main memory.

Malloc(): This method stores a storage field, and produces a null type pointer.

Free(): This feature removes the shared memory from it.

Data Storage is a data Warehouse platform that gathers information from both internal and external sources. Everything just supports the have process of an institution.

We must use a data center to maintain the accuracy of the data gathered. This also lets market executives build data-driven approaches.

Cache Memory will be used by any of the System or computer’s C.P.U. to minimize the total main memory access time. The cache memory has a very smaller and faster memory.

A Memory alignment in the data structure is just the method that helps to arrange the system data in a proper manner and with the help of this, you can easily access data in your system memory of the machine. This Memory Alignment consists of two different but system-related problems: the synchronization of data and the padding of the data structures.

The “operator new” only assigns raw system memory, that’s all The “new ” operator started and used its assigned memory, and thereafter It called a type of new constructor only for the right format of item or object, and the effect is an actual entity that is created within this main memory. If this object includes some other objects then constructors are called as same.

Data Warehouse is the appropriate method of storing and accessing the data and information. The greatest part of this data warehouse is that the data is under the control of its users, such that if the device is erased with time, the data can be preserved efficiently and safely for such an extended amount of time. The data warehouse is planned and generated to support some of the decision-making processes of the organization.

Java Applet is a Java application that can be included in their HTML pages and this Java applets can run on java that can allow web browsers like Mozilla Firefox and Google Chrome and internet browsers. Java Applet is configured to operate remotely on any of the computer browsers, and there are certain limitations. Java Applet is unable to control machine services on a nearby computer. Java Applets can be used to design your favorite website and make your website more interactive and engaging.

The garbage collector is systematic reuse of the shared data resources which has been used by the system program and it uses memory when the program has no longer requires resources. It frees up space for use of other applications.

This also means that the system using the same amounts of shared resources exceeds its limit. Java is using this garbage collector with the help of the .NET Framework and this Garbage Collector is mostly interpreted or used on their virtual machine such as the JVM. In any case, the system that operates the code that is only responsible for the processing of the garbage collector.

A written signature is attached to a paper letter to prove that only the letter came in its claim to the sender, and the digital signature serves the same function for online mail or messages. A digital signature that is also encrypted form of a data list that is added along with a file of messages.

So here are some important TCS interview questions and answers asked in their hiring process. Stay tuned with us for more information regarding the TCS hiring process.

Frequently Asked Questions that Newbie Bloggers have in their minds

What are the best question and answer sites to get more traffic?

Is an Online Geek. Who Diggs out the different ways for how can we make money online. He has been earning through e-commerce sites for years and wants to share his experience with all. Profile
Please Login 11 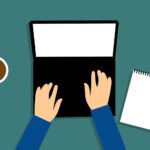