AR and Blockchain: A Perfect Matchup in the Virtual World

Augmented Reality and Blockchain have both made their way into the public consciousness in recent years, but they’ve yet to become truly... 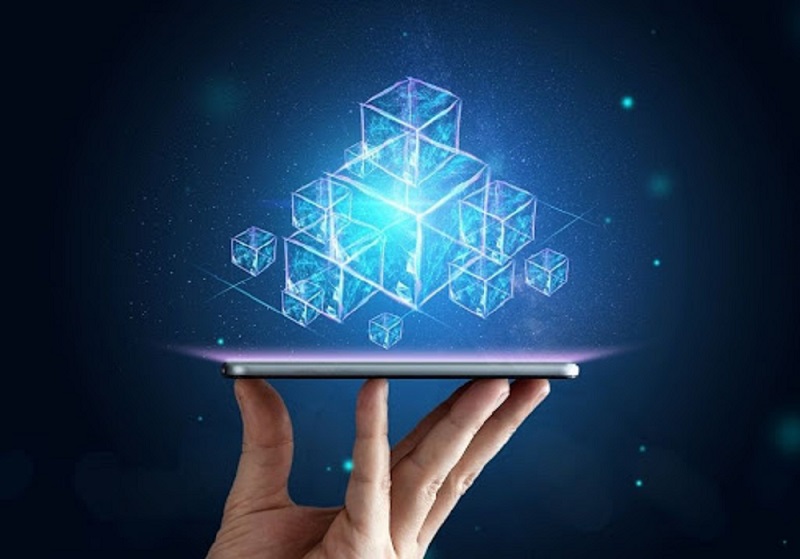 Augmented Reality and Blockchain have both made their way into the public consciousness in recent years, but they’ve yet to become truly mainstream technologies. However, there’s no denying that they have the potential to change how we live our life dramatically.

While AR and Blockchain are impressive on their own, imagine what happens when you combine them! Before long, Augmented Reality and Blockchain will get intertwined in ways that will shape our lives just as much as the Internet has done in recent decades.

We are already witnessing the significant impacts of AR and Blockchain in eCommerce. While AR is being used to offer a realistic, genuine appearance of products, Blockchain impacts the supply chain and payment services.

Before discussing how the duo is making waves with technological advancements, let us look into the two technologies separately.

What is Augmented Reality (AR)?

Augmented Reality is a direct/indirect view of a physical, real-world environment whose elements are augmented (or supplemented) by computer-generated sensory input such as sound, video, graphics, or GPS data. The resulting perception is mixed with a virtual representation of Reality that enhances both worlds’ interpretations.

Statista says that the AR market will reach $198 billion by 2025, a 56-fold jump from the present value of 3.5 billion. Augmented Reality is already becoming a part of everyday life and is visible in multiple forms.

The best examples include the worldwide sensation Pokemon Go, sportswear giant Lacoste, and cosmetic brand Sephora making the most of AR.

What is Blockchain Technology?

Blockchain is a distributed database that stores every transaction (that is, transfer of value) made on its network. Each block of the chain contains an encrypted hash (cryptographic fingerprint) of itself and all previous blocks.

Blockchains store information across a network of computers. These nodes validate each other’s work, ensuring that there is no data loss or corruption. Because blockchains are decentralized and transparent, they make for a highly secure way to store information. Check out this piece on crypto node operators to learn more about how these nodes are authorized.

Users can also take advantage of blockchain technology through a technique called smart contracts—i.e., instructions written into a network record that self-execute when specific terms are met. For example, if party A transfers $X worth of currency to party B, notify party C.

Once completed, smart contracts immediately update all blockchains involved—eliminating uncertainty and doubt about what happened during every transaction. The blockchain market is to accumulate a whopping $20 billion in revenue by 2024, as per Tech Jury.

AR with Blockchain benefits diverse industry verticals and matches up like two peas in a pod through a number of their features. With both technologies reaching crucial stages of maturity, it’s more than likely that AR/VR will adopt Blockchain into its core sooner rather than later. Let’sLet’s take a closer look at how these two innovations are related.

How do Augmented Reality & Blockchain Mix?

Augmented Reality is going to change our world; there’s no doubt about that. Companies like Google, Microsoft, Facebook, Alibaba, and Tencent are betting on AR by putting their weight behind it. It’sIt’s easy to see why. A few years from now, AR will be nearly everywhere—not just smartphones but glasses, cars, your doorbell, or any other object you can imagine.

While cryptocurrencies get a lot of hype, it’s important to remember that blockchain technology is so much more than just an alternative way to exchange currency. It’sIt’s a record-keeping solution that developers can apply across countless industries.

AR could benefit significantly from such a streamlined system. If a team could devise an innovative approach to AR by leveraging blockchain technology, it would help bring augmented Reality into mainstream use even faster than we might have expected.

Which Industries are using them?

Imagine the Pokemon Go game with unique Pokemons. Gamers can show off the collections that they have exclusively hunted. It is now feasible by integrating Blockchain into the AR-based game.

AR and Blockchain would drive the fun and excitement of the game to a whole more fantastic level. Gamers will be able to track the entire journey of the Pokemons, and trade associated with the game will be more transparent.

Similarly, the Fashion industry can make combined use of AR and Blockchain. Buyers will be able to get a genuine outlook of the products they are about to buy and be able to verify the entire journey of the product.

It will enhance the shopaholics’ experience as they can finally be sure that what they are buying is 100% genuine, free of counterfeiting, and how the products will look upon them.

Here’s an infographic depicting the industries most impacted by counterfeit products:

The combination of AR and Blockchain will effectively trim the returning rate of the products, which is a significant issue in the e-commerce industry.

Another significant aspect of the combination is visible in the real estate industry. Now AR/VR-based designs and outlooks of the entire project can be more effectively traded, minimizing the chances of fraudulence.

The virtual real estate world is witnessing portals that let users explore the virtual world. Investors can create and monetize the visual space.

No, I am not talking about Caprio’sCaprio’s big hit ”Inception”. It’s feasible now, and the best example of this portal is Decentraland. It is a digital platform you can explore to buy lands and create a virtual world for yourself.

That was all about how Blockchain and AR have become an indispensable duo. While both the technologies are reasonably successful standalone, together, they are bound to lead to revolutionary changes in the world.

Connect with a blockchain development company that also offers AR services to drive the success of your software idea.

How and When to Use Augmented Reality Remote Assistance in Business in 2021?

The Use of Augmented Reality in the Marketing Industry.

Top Uses of Blockchain Technology that Can Change the World.

Is an Online Geek. Who Diggs out the different ways for how can we make money online. He has been earning through e-commerce sites for years and wants to share his experience with all. Profile
Please Login 4 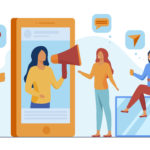 What are the Qualities of a Good Influencer?