How Damaging are Ad Blockers?

Mark Twain’s famous quote that ‘many a small thing has been made large by the right kind of advertising’ could well have...

Mark Twain’s famous quote that ‘many a small thing has been made large by the right kind of advertising’ could well have foretold the growth of the internet. The belief that advertising is the glue that holds the internet together has pretty much been around since its early days, and although other forms of monetizing websites have developed and grown, advertising is still seen as the dominant force that drives e-commerce, and the main source of revenue for most types of website seeking to maximize profits from their traffic. Internet advertising in the early days was to a large extent pretty awful, even if it was quite effective. A lot of pop-ups and large glitzy banners would appear on most sites, and it was left to Google to really revolutionize the online advertising model, and make it by far the best option to use, for most publishers and advertisers wanting to make money from products and services online.

The development of Google Adwords/AdSense didn’t mean that other forms of advertising went away, and there are still numerous examples of different methods of advertising today, including other pay per click services. Whilst on the whole advertising is not nearly as tacky as it was a few years ago, what has changed the internet landscape recently, and has the potential to change it dramatically, is the rise of Ad blockers. Given the enormous growth of internet advertising in relation to other mediums, the significance of Ad blockers could be huge. An Ad blocker is simply a piece of software that effectively disables advertising on a website, meaning that the person viewing the website does not have to look at it. Ad blockers can be downloaded as extensions to most of the popular browsers, such as Firefox, Chrome, Opera, Internet Explorer, meaning that they automatically work as soon as you visit a particular website.

The Internet has often been referred to as a disruptive technology, and whilst this is true, there has also been an inherent contradiction at the heart of it in terms of its business model. Most people who view content on the Internet want it to be free, yet online companies need to be able to pay for the cost of their websites and services, and in many cases make some sort of a profit out of business. The traditional business model has normally meant that any startup or any small business needs some type of capital, sometimes referred to as seed capital, and this is normally provided by way of an investor such as a bank or a private company, a start-up business loan or finance, or by the individual securing some type of finance secured against their home or other collateral. This model was and still is true for a significant number of Internet-based companies and services, yet they have had the conflicting problem of how do they recoup their initial investment or loan, given that people fundamentally have a resistance to paying for things online they feel should be free. As with many commercial companies who have had the same problem, i.e. how to generate cable TV and radio revenues, the solution lay largely in advertising. Internet companies looking to recoup their start-up costs and make money could well have their main source of revenue severely curtailed if Ad blockers become more prevalent or even a default setting on any particular browser.

The question then becomes twofold. Firstly how many people use ad blockers and what is the growth of this particular type of software likely to be, and what can websites do if anything to fight back against it. Aside from any moral arguments about advertising, the growth of personalized advertising means that there are serious privacy issues involved, and the growth of the mobile Internet means that targeted advertising is likely to increase massively, and the potential demand for some way to block it could well grow as well. Research done in 2015 by Adobe into the effects of Ad blocking seemed to imply that the number of people using ad blockers is still relatively small, about 16% of US online population, but what was significant was the huge growth in previous years, nearly 50% year-on-year. The research also showed that the mobile internet had not really fully begun to implement Ad blockers into mobile browsers or operating systems, but that this was set to change dramatically with the release of iOS9, and the growth of Android as well.

One key element of the above research was the finding that most people were using Ad blockers because of a fear of the misuse of personal information. There is an assumption that people block ads because they don’t like tacky pop-ups, which if this research is true, is a fundamentally misplaced concept. Although there are many different types of advertising, one factor that does connect them is the massive growth of personalized or targeted advertising, sometimes referred to in its original form as behavioral advertising.

A few years ago if someone visited a website that was predominantly about pet food, any advertising on that site would most likely be about pet food or related products. Today, someone visiting that site might well see some of those same ads, but would also most likely see ads for some type of cheap auto loan. The reason is simply that the person visiting the site had recently done a detailed search looking for some cheap type of auto finance, and the ads were designed to reflect that. Personalized or targeting advertising looks to complement content advertising on a website of this sort, and the trend is undoubtedly towards a much more specific focus on the individual and their lifestyle.

When behavioral advertising first came into being, it was sold on the basis of being a useful addition to the consumer’s pocketbook. The example that was often used was of someone walking down a high street, or wandering around a mall, and they would suddenly receive an alert on their smart phone telling them that a particular store had a particular product on offer, that they had been searching for online a few days previously, and if they went into that store now they could use the message as a coupon and get an extra 10/15% off. A lot of advertising is sold on the basis that it provides valuable information to the consumer, rather than a sales pitch for the company or product, but behavioral advertising takes this to a different level. Where it matters, and how it could impact the growth of Ad blockers, is in the sheer scale of personal information that is currently collected about people online, and how that is going to grow massively over the next few years.

It is estimated that some 85% of all online advertising goes straight to Google/ Facebook. The amount of personal information that they collect about people who use their services is quite staggering. Google Analytics alone allows a webmaster to collect data about an individual’s age, gender, location and ‘interests’where it categorizes people into technophiles, news junkies, movie lovers, TV lovers, outdoor enthusiasts, etc. The amount of personal information that Facebook collects about its users is legendary, but what needs to be added to that is the growing number of websites that encourage you to sign up for their site with your Facebook account, or log in to make a comment, that information presumably being fed back to Facebook as well. What is also set to be a game changer in terms of personal information is the huge growth of what is referred to as the Internet of Things.

The Internet of Things is a collective name for a wide range of devices, both commercial and domestic, that can connect to each other wirelessly, and can connect to the Internet as well. The most common focus from a consumer point of view are devices for the smart home which is set to grow massively over the next few years. The potential for most if not all devices in someone’s home, as well as their wearables, to be connected to the internet means that the information connected to the usage of these devices will be fed back to the manufacturer, and presumably Google and Facebook as well. Whilst the scale of this is difficult to quantify at the moment, what is clear is that the intent behind it is for Google and Facebook to acquire even larger amounts of personal information about people and their lifestyle, and then use that information for highly focused advertising.

It is somewhat ironical that this of itself could lead people to try and block ads, and could well see a massive growth in Ad blockers. There is something slightly creepy about behavioral targeting or advertising when it becomes too personal, and Ad blockers are really the only way people have to stop it really. Whilst Ad blockers do not stop the information being collected; they are the only real ‘front end’ relief that consumers have that they feel is giving them some degree of protection or control over what information somewhat else knows about them.

The implications for website owners may well be significant. The growth of the Internet of Things means that most likely these devices will be controlled by smartphones, and along with the growth of the mobile internet, means that mobile search will at some point most likely become the dominant platform, as opposed to desktop search. There are already significant challenges in adapting advertising to mobile, as opposed to desktop advertising, and the likely growth in Ad blockers needs to be factored in as well. It would seem fairly clear, that any website that relies totally on advertising revenue would do well to diversify into other income streams, such as affiliate sales, subscriptions, etc. in order to safeguard and protect any revenue that may be lost through a potential decrease in advertising.

Video Monetization: How to make money from your video content?

2 Replies to “How Damaging are Ad Blockers?” 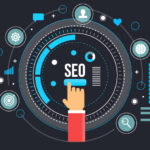