Is Hologram Technology The Future?

People today are as excited about holograms as they were in 1977 when R2-D2 first projected Princess Leia’s plea for help to... 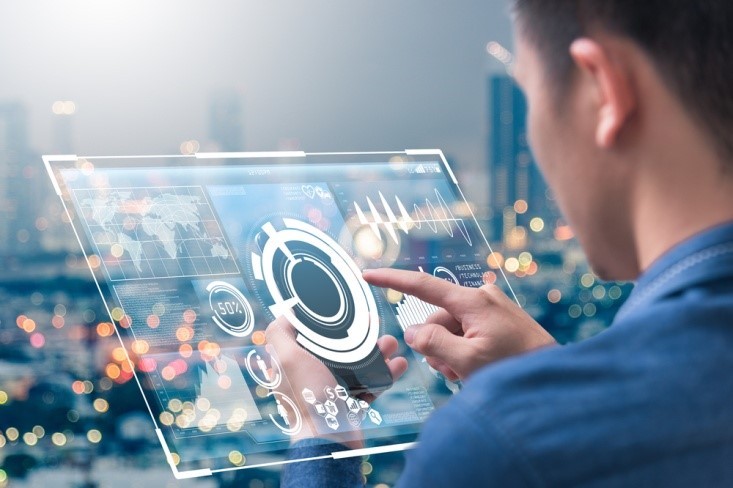 People today are as excited about holograms as they were in 1977 when R2-D2 first projected Princess Leia’s plea for help to Luke Skywalker. This tech was cool forty years ago, and it’s still just as cool now. But there’s a reason why hologram technology is more often is seen in movies than in real life. As awesome as they are, they’re hard to grasp and even harder to create.

What is hologram technology and is it the future in the sense that people in 1977 hoped?

Technically, a hologram is a 3D presentation of a photographically recorded light field; it’s an accurate image of the physical object it captures and can be seen without special glasses. But this definition is pretty blurry, and today, almost any 3D interactive virtual image is considered a hologram. And while you might be tempted to think about the entertainment options it can offer, this technology is a lot more than a cool movie effect.

Imagine having 3D images of terrain to train soldiers or help with the rescue of people during floods and earthquakes. How about a doctor preparing for surgery using the 3D image of a damaged organ? What about armies of technicians fixing elevators with the aid of holograms? These scenarios aren’t the future – they’re already a reality.

It’s easy to see why investment is booming, isn’t it?

For instance, Microsoft poured millions of dollars into developing its HoloLens, a headset that allows interaction with holograms for everything from work to play. Porsche and Hyundai led with an $80 million investment in the holographic augmented reality (AR) tech company WayRay, while Time Warner pledged $27 million for the celebrity hologram company 8i. In fact, the value of the display holograms market is expected to rise to $5.5 billion by 2020. And as these massive investments suggest, companies are bruising for a fight over this lucrative opportunity. But the holograms industry is complex, with different technologies competing in a virtual free-for-all.

What people usually consider as holograms – shiny laser visualizations in a dark room – are actually 2D surfaces using optical tricks to display 3D images. If you look at these from the wrong angle, you won’t see what you should and the lack of depth in the visualization will be apparent. What companies want to do instead is develop a 3D interactive hologram visible from all sides. To achieve that, some are turning to AR headsets and apps, while others want holograms to be visible to the naked eye.

The PokemonGo! mania that swept the world in 2016 proved just how addictive this tech can be. But unlike this short-lived craze, more than 24,000 ThyssenKrupp service technicians wearing Microsoft’s HoloLens are demonstrating that this tech isn’t all fun and games. Before a technician goes to the site, the headset projects a 3D picture of the elevator that needs service, helping the repairman plan his maintenance. Once on site, the HoloLens provides him a virtual diagram of the elevator system, complete with detail on the service history of every part. It replaces both laptop and smartphone, leaving the hands free to work. His HoloLens can even call an expert and video stream the broken piece, and once the problem is solved, the elevator’s data log updates so that the next person working on it knows its service history.

The tech that is going change the future.

This tech marvel gives us a glimpse of the future, but even higher tech options want to scrap headsets and Goggles. Liberated from these devices, holograms can show their true potential and how they might shape our future.

A 64-inch glass window isn’t an amazing sight. But a 64-inch glass window on top of the Empire State Building through which you can see holograms scattered across New York is a jaw-dropping experience. Although usually not placed on skyscrapers, but rather in fairs or meetings, the DeepFrame glass window developed by Realfiction is impressive. And it better be, as its $50,000 price tag is jaw-dropping, too.

Compared to DeepFrame, the 3D display HoloPlayer One, developed by the Looking Glass Factory, is a more affordable option with a price tag of $750. The product reflects the company’s philosophy: users need to see 3D objects without special glasses. As its CEO, Shawn Frayne, explains, “We have a philosophical belief that the real world should be prioritized over going into 3D digital space.” But there’s a catch. To allow the illusion of depth for holograms, the engineers had to lower the resolution to 267 X 480.

Another impressive holographic system, with much higher resolution than HoloPlayer One, was developed by the Swiss startup WayRay. This tech will display a holographic dashboard on your car’s windshield and show you the route and speed, and even identify pedestrians and nearby objects. The display is controlled by voice or hand gestures, and you won’t need a headset. Car makers such as Porsche and Hyundai invested in this project, while an unidentified Chinese car maker will be the first one to test it in its cars.

Even though you might be disappointed that these technologies fall short of R2-D2, scientists are working hard and have achieved promising results.

Is a butterfly the sign of things to come?

Creating princesses out of thin air was considered virtually impossible until a team of engineers at Brigham Young University achieved a breakthrough this year. By using a special laser beam, they trapped cellulose particles and moved them rapidly through the air. The result was a three-centimeter 3D butterfly and their university logo floating in the air. Unfortunately, it’s currently technically impossible to produce realistic images of this kind as we see in movies. And while these scientists work on the next big thing, even existing holographic technology provides incredible value and can both save and improve our lives.

Technology which is changing rapidly.

From the battlefields in Iraq to the operating tables in Norway

The US company Zebra Imaging, recently acquired by Swiss HoloTech, produced more than 13,000 3D holographic maps for the US army. Used on the battlefields of Iraq and Afghanistan, these flat maps display their 3D content once a flashlight is pointed at them. That can provide a level of detail that’s simply life-saving.

Of course, that’s not the only use for holograms when lives are on the line. Consider that three-dimensional visualization of the human body improves the education of students and helps in the treatment of patients. Doctors in Norway don’t take chances, and they prepare for surgeries using high-tech tools. Before they pick up a scalpel, they scan the patient’s heart, building its hologram with all the real organ’s details. That lets them plan the surgery to the tiniest detail – no surprises for them! And the Scottish company Holoxica has found a way to bring this level of patient care to more hospitals. Its software can produce full-color 3D images from MRI, CT scans, and ultrasound so that doctors can better prepare for surgeries with three-dimensional visualizations.

Holograms really are the future

Holographic technology has come a long way since the Star Wars movies, and its future is even more exciting. Once considered a fringe idea, holograms are becoming an integral part of how we do business, drive our cars, and guard our health. Indeed, as the trendwatcher, Richard van Hooijdonk explains, “Holographic technology is set to become a huge game changer in many industries and has the power to significantly impact our daily lives”.

And while many would like things to move faster, holograms are a complex technology that’ll take time to develop. But giants such as Microsoft, Porsche, Google, and a range of startups are working hard to create new devices and apps. As investments pour in, and the market grows, consumers are the ultimate winners as they witness dreams from the 70s coming true.

International keynote speaker, trend watcher, and futurist Richard van Hooijdonk offer inspiring lectures on how technology impacts the way we live, work and do business. His inspiration sessions have been attended by over 420,000 people. Richard is a regular guest at radio and television programs. With his international research team, he investigates tech trends like robotics, drone technology, autonomous transport systems, Internet of Things, virtual reality, biotech, nanotech, Neurotech, the blockchain, 3D and 4D printing and of course augmented and virtual reality and their impact on various industries. Findings are published weekly in the form of compelling articles, e-books and white papers.

One Reply to “Is Hologram Technology The Future?” 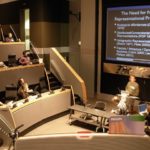 Technological Innovations That Will Help You with Your Science Assignment