What all to keep in Mind while Choosing a MEAN Stack Development Partner?

Are you looking for a reliable Mean stack development partner? MEAN Stack, due to its wide range of features and capabilities, is...

Are you looking for a reliable Mean stack development partner? MEAN Stack, due to its wide range of features and capabilities, is gaining huge impetus as a leading web development platform in the modern era. So, what is MEAN Stack exactly?

The set of tools including programming languages, software applications, and different frameworks that is used to power an application is known as Tech Stack. There are broadly two categories of Tech Stack for web project development i.e., back-end technology stack and front-end technology stack. And for mobile app Tech Stacks, there are different options, such as Objective-C, Swift, and Xcode for iOS, and Java and Kotlin for the android operating system.

Two major Tech Stacks used in web development are MEAN and LAMP. Among these two Tech Stacks, MEANStack is very popular and advantageous in web application development. It can be written for front-end and back-end development with one single language. MEAN is an acronym that is the short form of MongoDB, Express.js, Angular.js, and Node.js On the other hand, LAMP stacks like Apache, Linux, PHP, and MySQL are used for website development.

The development of dynamic and updated web applications can be easily established by a free and openly sourced stack known as MEAN. Together with JavaScript, this software stack can be used for quick web development. Few characteristics features of MEAN stack that are making it popular among web developers are discussed:

Choosing the right developer is an important factor in the web application development. Handpicking the best tech stack developing partner is very important. The base foundation for software development should be solid and compact for further modifications. You can hire mean stack developers who does coding in a short span of time with simple language and the company can retain them for future web development projects. The coding for the database is also very easy with Angular JS development for which the developer needs to select proper stack leads in order to avoid technical glitches and maintenance costs. The documented MEAN stack development codes are very flexible for correction and modification. The developer can easily fix bugs and performance issues.

While opting for MEAN stack developers, the business should evaluate its stage in the market. If the company is a start-up then initiating the web app development will be considered good if MEAN stack developers are hired for this. The strategy behind the selection of MEAN Stack developers is that the Tech Stack is quite easy and simple. The coding is not complex and is flexible for modification. The language, framework, and tools used in MEAN stack are appropriate for producing a prototype for a larger version in order to test and launch the software more accurately.

The business should consider the core responsibilities of MEAN stack developers beforehand. As the primary role of the developers is to code a project for software, MEAN stack developers can incorporate JavaScript frameworks with the support of MongoDB, Express, Angular, and Node frameworks for the development of web-applications. A unique and simple coding language with JavaScript will be enough to formulate development for both client-side and server-side applications. This simplicity of including one code for front-end and back-end development is very transparent and can be used for various benefits.

MEAN stack undertakes the JS framework for website and application development. When considering the MEAN stack for development, a business should formulate a blueprint comprising of project specifications which will include all the details about the application, the prerequisites, requirements, and necessities. And then select the components for development. MongoDB is useful when there is a need to store and retrieve data from JSON files. If there is a requirement of a live streaming facility in the application such as chatbot or live built-in messenger, then the developer should select NodeJS. The NodeJS development is needed for backend support from ExpressJS. When the website or application involves very complex User Interface – UX interaction, such as WordPress and Drupal needs, then AngularJS is the only option. It runs the JS codes for the user’s browser included for the front-end development of Tech Stack. The business project will only be successful if the requirements are considered and Tech Stacks are selected accordingly.

Diverse Work Exposure and Past Experience

A company should consider choosing a professional and experienced MEAN stack developer for the successful development of software or application. The developer should have diverse exposure of different kinds of web development projects and have records pertaining to past experiences. The company should evaluate the developer’s basic knowledge such as framework options, JavaScript functions, coding, and languages, download the appropriate software as per given specifications, and so on. The developer should also have the knowledge of Full Stack Development and other Tech Stacks such as LAMP Stack and MEAN Stack as the company can use the developer in other projects involving complex programming for future use. Professional MEAN Stack developers have their Github account which displays all past experiences with activity charts. Company should also consider reviewing previous projects and references.

What is Mean stack development?

Interesting Facts About Angular vs. AngularJS

One Reply to “What all to keep in Mind while Choosing a MEAN Stack Development Partner?” 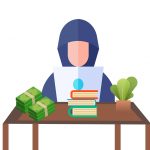 How Your Blog Writer Can Improve Lead Generation for Your Business?