What is a QR Code? QR (Quick Reference) Code is the two-dimensional matrix bar-code originally invented in 1994 by Denso Wave, in...

What is a QR Code?

QR (Quick Reference) Code is the two-dimensional matrix bar-code originally invented in 1994 by Denso Wave, in a Japanese automotive Industry. They are becoming the latest trend in technology and could be found everywhere. Visiting cards, supermarket shelves, on the back of electronic products you name it. You could also see them in restaurants for payment purposes. Here’s what a typical QR Code looks like: 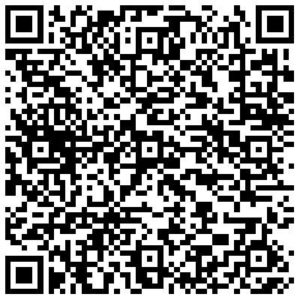 Quick Reference codes offer an efficient way to create links to your websites. They can also store text, phone numbers, email addresses or calendar events in a few seconds. This saves time and mistakes we usually make while typing the details.

To scan a QR Code you need a QR code application in your smartphone or tablet equipped with a camera module off course.  For your ease, following are a few of the links from where you can download QR Code reader app on your Android or any other iOS device.

Aim your device’s camera at the code and scan it in a well-lit room. Make sure that you don’t do it under direct sunlight as it produces glare.

When the application has recognized the QR code, it will beep/vibrate and display what the code entails, or it may open up your web browser taking you to the designated URL.

A barcode is an assortment of vertical lines whereas for QR codes the assortment is of vertical as well as the horizontal line. This gives an edge to QR code since it’s been scanned in both the directions.

Although there are lots of advantages of QR codes, we will be highlighting the top five advantages which pretty much cover almost everything.

QR codes can be scanned from smartphones which are in everyone’s pocket. Standard UPC scanners use a laser to scan barcodes, which means that they’re not accessible to the public but for the departmental stores only.

QR scanners are designed to capture 2D images printed on paper or displayed on a screen. This makes it possible to use a QR code in your smartphone as a boarding pass or as your traveling ticket.

Before QR codes, the only way to connect consumers with online content is by sharing the URL. Typing a URL is hectic, time-consuming, and difficult on a mobile screen. Further, while typing people are most likely to make errors. In comparison, scanning a QR code is much faster and error-free.

In 2015, the Financial and Technological Provider (FIS) and Wintrust, based in Chicago, launched about 200 ATMs with card-less transaction capabilities based on QR codes in the US.

Customers can withdraw money from the ATM by simply scanning a QR code on the ATM screen with their Wintrust application. According to Wintrust and FIS, cash extraction without a card based on the QR code takes only 8 seconds compared to 47 seconds in a normal withdrawal.

This experiment shows that QR codes are faster and convenient for the users. This is the reason why QR codes are so popular in China and a few other European countries.

Unlike digital media marketing, print-based marketing has limitations. Particularly in product or real estate space. There’s not much you can do in a newspaper ad, product packaging, and brochure, right? ….. Unfortunately, not.

With the help of QR codes, you can give access to unlimited information to consumers. In 2015, Nestlé’s popular product Maggi Noodles in India was banned because the authorities claimed that it contained an excessive amount of lead. The ban was soon lifted, but Nestlé knew that people now had trust issues with their product. To gain their trust again and present themselves as transparent, Nestlé decided to share a detailed list of ingredients and other important information about safety, the environment, and its recipes. Obviously, it is hard to print all of that on the packaging. The company played smartly and added a QR Code that took the buyers to the mobile site that had all the information. 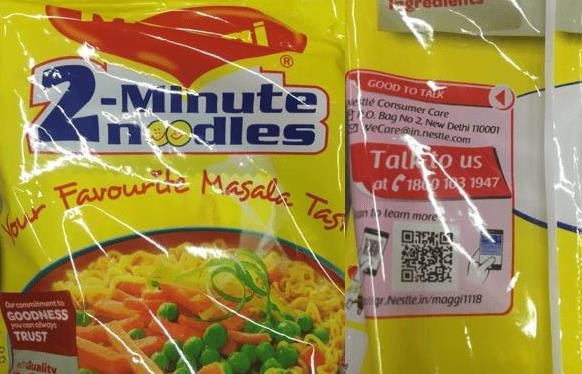 The words are good, but the image is worth a thousand words.
However, a video has thousands of images with audio for convenience. Unfortunately, these forms of rich content cannot be shared through print promotions, unless you add a QR code.

By using QR codes, marketers can share rich content through their print promotions and attract their audience in an effective way. For example, the packaged food company Chef’s Basket added a QR Code on the packaging of one of its pasta products. When scanned, the QR Code redirects consumers to a video of the pasta dish recipe. 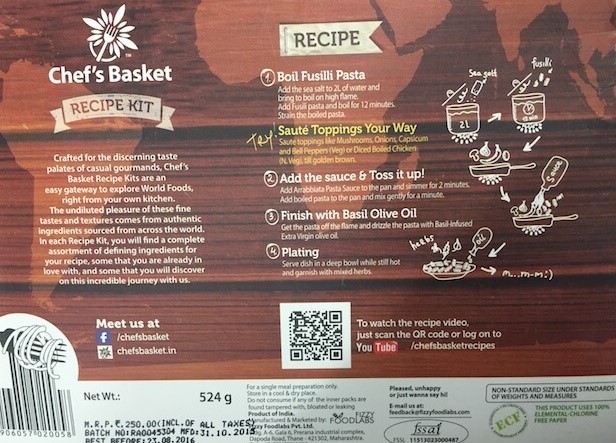 While print media still works well for the branding, they are not interactive like outdoor or digital marketing. But with QR codes, they can be.

By adding a QR code, you can make your promotions interactive and receive input from your target audience. You can hold a contest, have people sign up for a product or event, receive comments, or allow your customers to make purchases directly from the newspaper ad or flyers.

A good example is ‘World Park’; a campaign based on the QR Code was run in the Central Park of the City of New York in 2010. QR codes were placed on boards in different locations in the park. When scanned, QR codes involved visitors in a questionnaire about park history, pop culture, art and music, and science and geology. 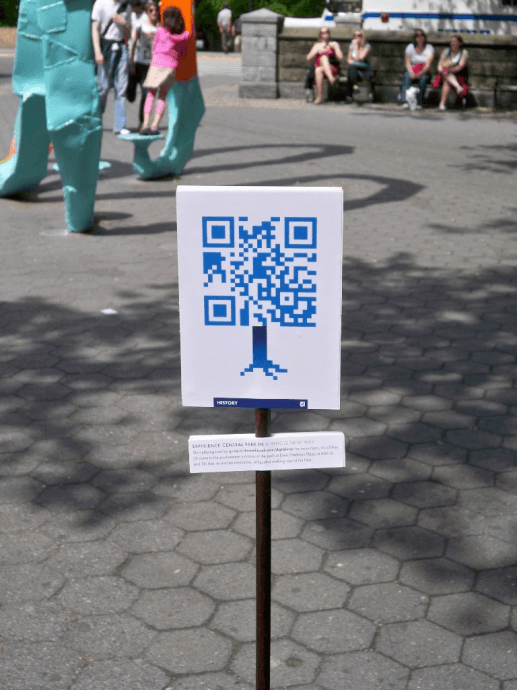 Another advantage of QR codes is that users can easily save the data on their smartphones.

For example, if you scan a Dynamic Vcard QR Code (mostly found on the visiting cards these days) the mobile will open the contact information with the “Add to contacts” button that allows the user to directly save all the contact details (Number, address, Website, Email, direction, IM, etc) in their smartphone.

Using a QR Code on a print and gives it a new life. Marketers are engaging their customers in more attractive ways while making the entire process faster and more convenient.

Spotify is a streaming platform that now uses QR codes in ingenious ways. You can scan the Spotify code from a friend’s playlist to have instant access to that playlist on your device without manually searching for the name.

WhatsApp is using QR codes in their Web WhatsApp feature to do messaging from your desktop instead of mobile phones only.

Food companies increasingly add QR codes to their boxes that take consumers to more related information, such as recipes and information about the company on an easy-to-navigate mobile site.

Healthcare facilities use QR codes to help identify patients and maintain up-to-date records of delivered medications, current vital signs, and doctor’s orders. A quick scan can access and edit a patient’s file in an instant without the potential danger of medicinal writing.

How To View Source Code And Its Importance?

I'm a content Writer and I'm one of those people who can genuinely say that they chose as a profession what they loved and sought passion in! Being a graduate in Economics and Politics, I was gifted with numerous opportunities to read the writings of renowned authors. Rhetoric, style, and tone have made me shocked at many places where I was dumbstruck to see that your words actually count and makes so much difference! https://twitter.com/techengage nur@techengage.com Profile
Please Login 0 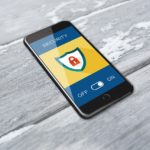