React Native versus React.js: The Differences You Must Know

It has been 2 years since React-Native was developed and has become a very interesting framework as it can be used for... 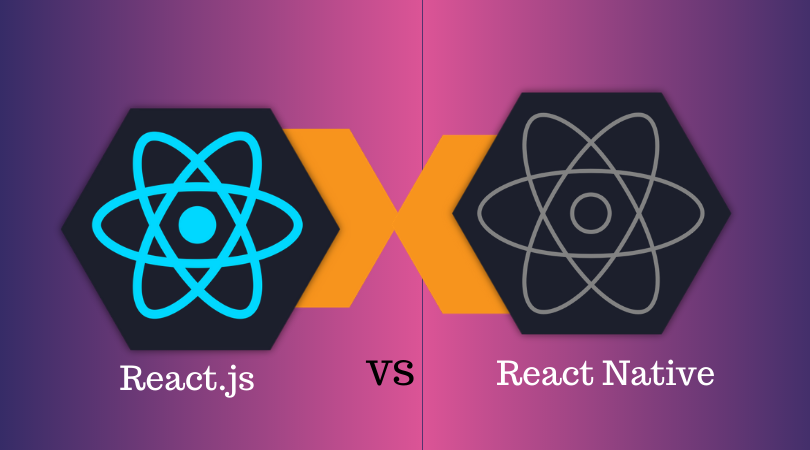 It has been 2 years since React-Native was developed and has become a very interesting framework as it can be used for Android and lets us build mobile apps across platforms. Facebook developed React.js to address its need for a dynamic, high-performance UI. Before going into the differences take a look at what is React Native and React.js for a better understanding. As this post is going to be on React Native versus React.js.

React.js, also known as React or ReactJS, is a JavaScript library that is responsible for setting up a hierarchy of UI components or, in other words, for making UI components. It offers server-side and front-end support.

React In React JS Development is known as the web platform’s base abstraction of React DOM, while React Native is still the foundation abstraction but of React Native. The workflow and syntax remain similar, but there are different components.

Both are similar in a way but there are certain differences between them, you should be aware of:

Because your code is not made in an HTML file, this also means that you will not be able to reuse any libraries you have previously used with ReactJS that make some form of HTML, SVG or Canvas accessible. Although for React-Native you might find alternative libraries, react.parts has a Native section for you to find whatever you need.

React-Native is indeed a framework; on the other hand, ReactJS is a javascript library that can be used for your website. You’ll probably choose a bundler like Webpack when you start a new project with ReactJS and try to figure out which bundling modules you need for your project. React-Native comes with all you need, and you probably won’t need more. You will note how easy it is to set up when you start a new project: it’s very simple and you only have to run one command line in the terminal and you’re ready to go.

You’ll need to learn a whole new way with React-Native to trigger the various components of your app with Javascript. Using the React-Native Animated API is the recommended way to animate a part. You can compare it with the famous Velocity.js library of Javascript. This allows different types of animations to be produced, timed or based on a speed associated with a movement and can be used with different types of Easing. You can do just about anything you’d do on the internet. React-Native also offers LayoutAnimation that is very cool and easy to use for transitions, but at this stage, it only works for iOS, as Android does not support it very well.

Understanding the user interface and the experience for iOS and Android may need to be different when you create a Native app. React-Native will identify the platform from which you run the code and load the correct code for the correct platform.

You get a few developer tools out of the box from React when you start a new native project without installing anything. Working with React-Native is also the beauty of being able to use most of the developer tools that you use with ReactJS. Chrome Dev Tools works fine for inspecting network requests, viewing console logs, and stopping debugger statements code.

If you are developing an app for both Android and iOS, you will have to understand how to work with Xcode and Android Studio to ensure that everything is properly set up before your app is first deployed to the App Store or Google Play. With iOS, it functions just like you’re going to install a standard native app, though you’ll have to obey the React advice to sign your APK before uploading it to Google Play with Android.

React-router is a well-known library that uses most web applications to transition between pages. Navigator is another feature that React-Native provides. Most mobile apps don’t have plenty of scenes going in every direction like would do a web app, the Navigator component even though it might seem a bit complicated to use at first will provide you everything you need to manage the transition between scenes.

React Native helps you develop complex user interfaces faster than ReactJS and usually works well for both iOS and Android. ReactJS to React-Native learning curve is quite easy, especially if you like to learn new Javascript frameworks.

2 Replies to “React Native versus React.js: The Differences You Must Know”

What The Best IT Support Services Have In Common