React JS is a JavaScript library for developing user interfaces with a lot of interactive elements. Component codes are publicly available, updated...

React JS is a JavaScript library for developing user interfaces with a lot of interactive elements. Component codes are publicly available, updated daily, and can be used by developers to implement projects of any direction. It is an efficient, flexible, and versatile tool that allows you to create dynamic interfaces. It can be used to develop single-page and mobile applications. The react js development company Fireart team has prepared an interesting article for you on how React works.

What is React JS?

Today, React is the most used JavaScript library on the planet, and its popularity continues to rise. The technology enables users to engage with the interface without having to reload the page, such as filling out forms, seeing geolocation, making online purchases, adding things to the basket, sending messages, and so on. The interface’s fast response to user actions results in a considerable improvement in behavioral characteristics.

How does it work?

One of the ways to use ReactJS is single-page applications built on the basis of SPA (Single Page Application) technology. Identical elements remain in place, and when performing custom actions, only individual React JS components are pulled up. For example, if every page has the same header, you do not need to spend resources on its rendering. This greatly improves the performance of the application and makes the interface more responsive.

The React Native framework is used to create cross-platform apps for Android and iOS. It competes seriously with Flutter – both platforms have a significant share of the mobile development market. React Native development is actively supported by Facebook companies, has a large community of developers around the world. Thanks to such powerful support, emerging issues are resolved as accurately and promptly as possible, every year the technology is gaining momentum and gaining more and more opportunities.

React Native is a cross-platform development framework that lets you build programs that run on several platforms. Native Apps, which are entirely native apps that take into account the specific capabilities of the iOS and Android operating systems, work in a similar way.

It is used by well-known firms all around the world

React was utilized in the production of numerous world-famous applications, allowing for the creation of effective and convenient apps for both users and developers.

To understand the seriousness of the technology, it is worth mentioning only a small part of these companies: Facebook, Instagram, Bloomberg, Artsy, Coinbase, Airbnb, Tesla, SoundCloud, Uber Eats, Shopify.

What apps is React Native used for?

The tools of the RN library can be used in various projects:

3. Messengers. Messenger interfaces are constructed, and extra functionality is added using the React Native library, which is common among these sorts of apps.

5. Systems of electronic commerce. React Native is a framework for building additional features for online shops, marketplaces, and other commercial apps that accept payments online.

In addition, travel website development services by Fireart can be provided using React. The scope of React is not limited to this list. With a professional approach, a programmer can solve problems of varying complexity and adapt the library’s capabilities for any project.

Benefits of using React Native for the customer

React Native versus React.js: The Differences You Must Know.

i am a php developer. i have good knowledge in magento and wordpress. Profile
Please Login 4 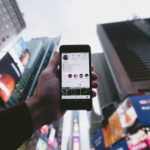 How to Grow Your Business in Social Media?