What Comes After the Age of Social Media?

At first, it was Myspace, and then it was Facebook, and it opened Pandora’s box. Today, social media has a great role...

At first, it was Myspace, and then it was Facebook, and it opened Pandora’s box. Today, social media has a great role in our lives – so great, in fact, that we can’t imagine our lives With out it. Everywhere you look, you see people snapping selfies and pictures of anything even mildly interesting, and sharing it on one or more of their social media accounts. Even the President of the United States communicates with the world through his Twitter account, celebrities rely on Instagram to keep in touch with their fans, and the kids all over the world share updates and short videos on Snapchat non-stop. But like all other things, the social media craze is going to end one day (Some say that it should’ve already). So, what is the thing that will take its place?

Every service, online or otherwise, has a tipping point. When it reaches it, its constant growth turns into a decrease, its sales and revenues start to dwindle, its users abandon it for other services that offer perhaps a little more – or something completely different. We’ve seen it in the case of Nokia, once-the biggest mobile phone manufacturer in the world and the market leader in the smartphone business. Its failure to keep up cost it literally everything – after a few years of ups and downs, it re-emerged last year as-yet another smartphone maker in the market.

Facebook will one day reach its tipping point, taking its numerous other services – Instagram, WhatsApp, and others – with it. And while it won’t mean the disappearance of social networks, in general, it will mean the downfall of THE social network (which Facebook undeniably is today).

Privacy is becoming an increasing concern among social media users, thanks in part to the recent Cambridge Analytica scandal. Instead of simply sharing their family photos and updates on Facebook, they prefer to do so in family group chats on WhatsApp, and similar social networks. Facebook and its likes have simply grown too big and too easy to be manipulated, giving a voice not only to people but organizations with an agenda. And when they try to enforce strong community standards (mostly due to the pressure of the advertisers), the users that don’t make the cut move on to other platforms with looser policies and still make their voices heard.

What comes after social media?

There’s no way to know. The next big thing after social networks might already have been released by an ingenious startup or might only exist as a vague idea in the head of a developer. One thing’s for sure: nothing lasts forever.

7 Steps to Better Use of Social Media for Local Businesses

How To Effectively Market Your Business on These 6 Social Media Platforms?

8 Replies to “What Comes After the Age of Social Media?” 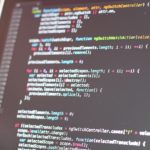