Why Python Is the Future of Web App Development?

Python is a programming language that competently backs Artificial Intelligence (AI) and Machine Learning (ML). Across the globe, this language is used... 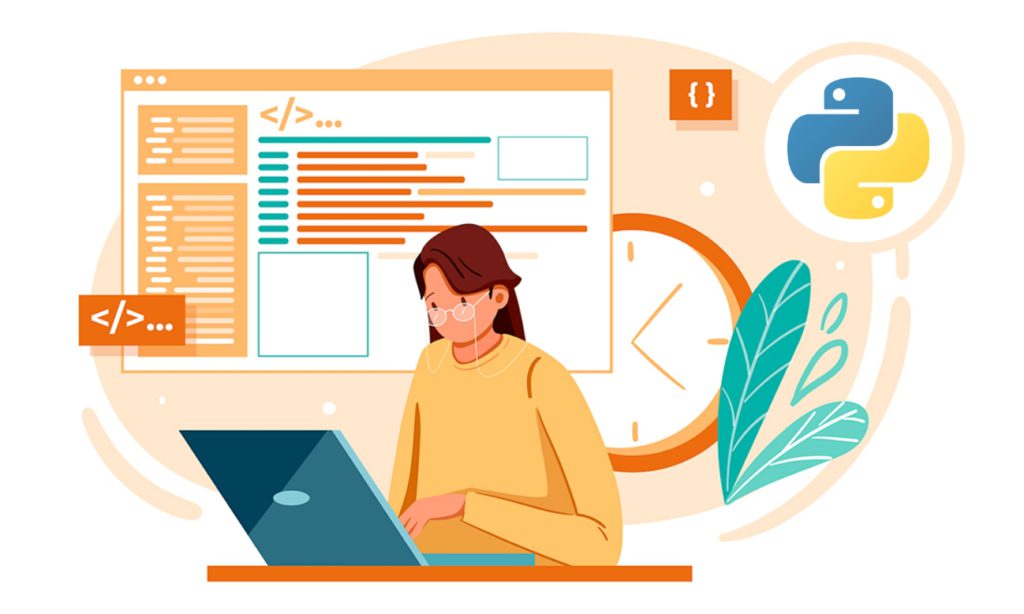 Python is a programming language that competently backs Artificial Intelligence (AI) and Machine Learning (ML). Across the globe, this language is used by developers to make the integration of ML and AI highly operational. In the past few years, Python has become a widely popular programming language for web development solutions. Although, you can Develop Web App Using Python as it has the potential to meet the future demands of people, businesses, and global markets.

Python is a general-purpose computer programming language that is primarily used for building software and websites, performing data analysis, and automating tasks. It was initially released in 1991 and was created by Guido van Rossum. Developers can create a variety of programs with the use of Python web app development. As per the research, Python is the third most demanded programming language with 48.24 percent of developers using it. Even non-programmers use Python because of its easy-to-learn and beginner-friendliness aspects. It smoothly works on varied platforms like Mac, Windows, Pi, Raspberry, Linux, etc.

Not only small-scale businesses but also several million-dollar companies are using Python development services to have a dominant presence in the global market. This programming language offers multifold opportunities to businesses by which they can have highly responsive web app solutions. Let’s have a look at some of the big names utilizing Python for web application development:

The social media platform that has the highest number of active users worldwide also uses Python. As per the research, Python contributes approximately 21 percent of the total Facebook Infrastructure’s codebase. This number showcases the efficiency level of the language; the key reason behind its increasing demand worldwide. After C++ and Hack, Python is the third most used language on Facebook. The product engineers create thousands of Python libraries and binaries which are being deployed and maintained across the complete infrastructure of Facebook.

The first question that might strike your mind would be, why does a search engine like Google use Python for web app development? The developers at Google make use of Python for code evaluation tools, system building, and system administration tools. There are various Google APIs in which Python can be found. It’s the most significant language as it is heavily used for the company’s robotic projects, ML, AI, and data analysis. YouTube is a massive user of Python for multiple purposes like controlling templates for the website, viewing videos, accessing canonical data, administering videos, etc.

The developers at Netflix have the freedom to choose the coding language by themselves and to deal with complex and critical applications, they use Python. To maintain the 3rd party libraries and to enrich diversity, Python web development is preferred. Also, Python has a very large developer community and a defined & clean syntax that draw the attention of Netflix developers. Projects like Security Monkey, CAG (Central Alert Gateway), Chronos, etc. are developed with the use of Python only.

With the use of Python, developers can build complex websites and applications with ease. There are several reasons for choosing Python over various other computer programming languages. Following are some of the key benefits of using Python for web app development:

Presently, businesses need to have applications that are accessible by all platform users comprising Windows, Android, and iOS. Python offers a platform where developers can write codes that can be utilized in any operating system. Along with this benefit, Python also allows easy interpretation of codes. Hence, developers use this programming language to accomplish cross-platform activities.

2. Compatibility with Both Front-End and Back-End Development Services

A Python development company is always open to working on an open-source framework so that it can accomplish the front-end and back-end development activities. As Python is a widely popular general-purpose programming language that is profoundly used when there is a particular timeline for delivering the project. It eases the development process and also saves time and cost of development. The businesses use Django development services as it is considered one of the top-notch Python frameworks that offer access to both back-end and front-end development.

In various computer programming languages, developers need to write numerous codes which takes too much time and also increases the chances of bugs. But with Python, developers can easily understand the syntax and can write codes with speed and agility. Compared to other languages, in Python, fewer codes need to be written. It is suitable for businesses of all sizes, maybe small-scale, mid-scale, or large-scale. Irrespective of the size, Python is the most preferred and chosen programming language by the developers to get effective outcomes.

Python is a programming language that comes with a strong global support system. For the new developers or beginners, it is of high significance as there is always a dedicated community of developers that can be contacted if there occurs any complexity during coding. It not only saves but also helps developers to deliver the project within the given deadline.

5. Use of Cutting-Edge Technology

One more significant advantage of using Python as the programming language is it provides you with the most innovative and advanced technology. If you aim to integrate big data, ML, and AI, then Python is regarded as the best language option to meet your purpose. Offering the successful integration of these technologies, Python becomes the future of web app development.

Python and its Application in Machine Learning and Data Analysis

Python is regarded as a staple in data science as developers can perform various things with Python such as web app development, machine learning, data analysis, prototyping, etc. Let’s understand the effective application of Python language in Data analysis and Machine Learning:

In the web and software development industry, ML is currently one of the most demanding and prominent trends. To have ML integration, Python is used by the developers to access the unstructured data and then make predictions and calculations based on the data collected. As an advantage of using Python, the application will be able to perform tasks by itself without being coded in a defined manner. It helps develop applications comprising device tracking, handwriting & facial recognition, and data mining.

Extracting data and analyzing it is the most significant and necessary aspect of any business. There are tools as well as Python libraries used by the developers for web scraping to extract data such as users’ dislikes and likes. To help businesses make profits, Python also provides various graphical and statistical tools for analyzing and visualizing data.

The core competencies that make the developers realize that Python is the future of web app development are its excellent performance, huge flexibility, rapid development, and improved scalability. Such reasons and the above-described benefits appeal to businesses to hire Python developers and have proficient web app solutions in minimum time and cost. By looking at the market trends and growing requests for web app solutions, the popularity and demand for Python will only increase at an upsurge rate to build high-end, creative, & modern web apps.

If you are also interested in having a dynamic and advanced web application in Python, there are some experienced and well-known Python web app development companies you can contact. That can offer you worthy solutions at a budgeted price.

Common Issues in Python Development Affecting Your Efficiency and How You Can Fix Them.

Why Is The Need For Python Developers Increasing In The Industry?

Rohan Singh is a versatile techy with vast experience in a wide array of technologies. Profile
3

How to choose an affiliate program and monitor the availability of your sites?

The Importance of Having a Professional Website Designed by an Expert 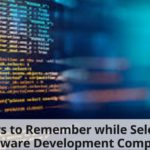