How Much Does iPhone app development cost?

While iOS may not be the leader in terms of market share, it surely wins over android in revenue. In 2018, the... 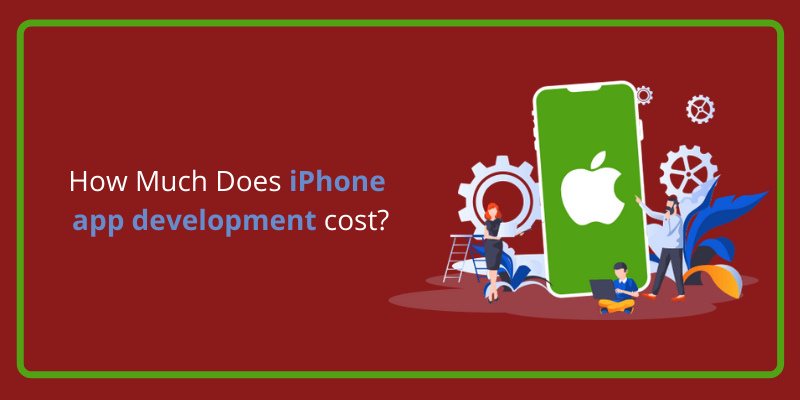 While iOS may not be the leader in terms of market share, it surely wins over android in revenue. In 2018, the App Store earned 88% more in annual revenue than the play store. This is also the reason behind the growing popularity of iPhone applications development companies. These companies have a ready-to-use infrastructure, have the right talent pool, and have under their name a growing list of successful projects.

Developing an iOS app is an expensive affair and requires considerable investment in system hardware, talent, and tools. But, how much does it cost to develop an iPhone app? You will learn everything about this and more below.

Apple is known for its closed apps universe. Unlike Android, which is open source and commands nearly 80% of the smartphone market share, Apple has strategically chosen to put a lid on its source code. Hence, iOS app development is not as straightforward and requires considerable upfront investment which includes:

Once you have the hardware, the next stage is putting together the right team. You will have to hire experienced application designers, developers, and testers. Ideally, this can take months of work and a huge investment. Plus, retaining experienced developers is not easy as they are always in demand and highly sought after.

That’s why most companies and business owners choose to outsource their needs to a top iPhone app development company. Another alternative is outsourcing the work to freelancers. But more on this later.

When you choose to outsource IT needs to a third party, more often than not you will have to pay for services on an hourly basis. The hourly rates for designers and developers vary from one region to another. Let’s have a look at the pricing of these professionals from some of the most popular regions, which are as below:

The Type Of App

Mobile apps can be categorized into three basic categories: Simple, Medium, and Complex.

A simple app would take anything between 3-4 weeks of development time (not including testing). A medium app (Database/API app) would take 6-7 weeks. And a complex enterprise-grade app with multiple UI and features would take over 9-10 weeks.

Considering the above time frame and the average hourly rate of $50, here’s how much your iPhone app should cost you:

Adding these features is surely going to increase the development cost. Plus, most companies and businesses tend to overlook design. However, design is a very critical aspect of your app’s success.

As per the leading iOS application development companies, the app’s user interface is closely linked to its usability and likability. Spending time and money during the initial stages is critical to ensure that results are in line with your expectations.

Furthermore, app development costs associated with an app will vary depending on the level of its complexity. If your app needs backend server support, advanced analytics, ML/AI integration, etc then the complexity increases. As such they need to invest at every stage of the app development cycle increases by manifold:

Testing and Deployment Are Also Essential

These are important considerations during app development. Testing is essential to measure the functionality, usability, and consistency of the app. Testing can again be manual or automated. The costs for testing and deployment will vary depending upon the complexity of the app.

A manual tester will cost almost $50 per hour. Automated tests cost $75 an hour. Depending on your budget you can choose any or both testing procedures.

Once your app has passed all quality checks, the last and final stage is deployment. App hosting servers can cost between $70-$320 per month. Plus, to publish an iOS app you need to pay $99 per year. Even if you choose not to update your app, you will have to pay these fees to keep your app in the App store.

As per a leading iOS app development company, for nearly 50% of the apps, the testing and deployment cost is in the range of $5k – $10k. For enterprise-grade apps, the costs can be $25k+.

Once your app is live and published on the app store, you have to invest considerably in maintenance and marketing as well. So always try not to go over budget during app development stages.

As per the experts at top iPhone app development companies, app maintenance can cost nearly 15-20% of its original development cost. These will include costs related to hosting, monitoring, marketing, licenses, and updates.

Outsourcing Vs. In-House Vs. Freelancers

There are many ways you can build your app. The most popular among these is outsourcing.

Unlike investing time, money, and resources in creating a team from scratch, outsourcing allows you to transfer all the responsibilities to a more trusted and experienced partner. Some popular destinations for IT outsourcing include India, Vietnam, Thailand, and Ukraine.

Hiring freelancers is another way to meet your application development needs cost-effectively. However, there are some downsides of hiring freelancers that you must consider. Hiring an iPhone App Development Company can help also help you. First and foremost, there is no way to track the time invested by the freelancer on the project. And most freelancers do not enjoy restrictive timesheets. Unless you are lucky you will have to compromise on status reporting and updates. Overall you will have less control over the flow and pace of development.

With outsourcing, you get a ready-made team of iOS designers and developers who work exclusively on your project. Top ios app development companies in India even assign dedicated project managers who look after every small detail of everything on your behalf. The project manager is available 24*7 and you will enjoy complete control over the development process.

A Word of Advice

Finally, don’t settle for one or two cost estimates alone. Do your research and consult as many experts as you can. Remember, the more time you spend on research, the more cost-effective will be your iOS app development stages.

Apple’s Air Pods Only Work On The iPhone- Is It Truth Or Not?

How To Find My iPhone On Android Device?

Written by The NineHertz 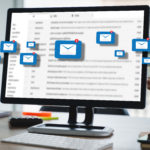