5 ways to improve your gaming app

Mobile application development has become a lucrative source of income for developers around the world. As per the reports of Statista, the... 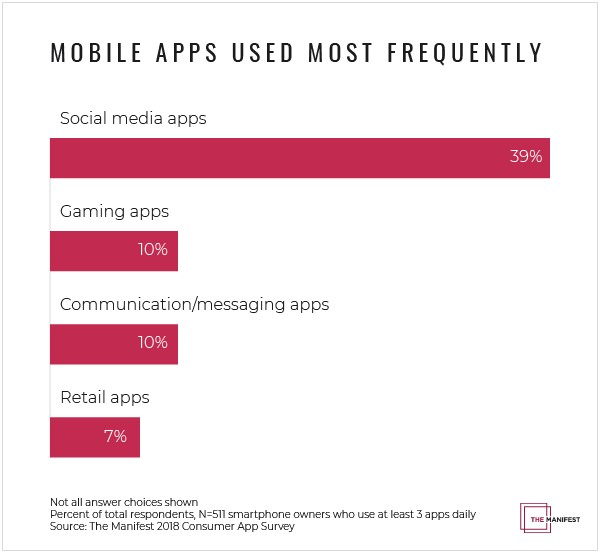 Mobile application development has become a lucrative source of income for developers around the world. As per the reports of Statista, the mobile app industry is expected to generate around $189 billion in revenues by 2020. Some of the popular app stores are the Android’s Play Store, iOS’ App Store, Windows’ Phone Store, and the BlackBerry’ App World. Google Play and Apple’s App Store alone home to 2.8 million and 2.2 million apps respectively. And if you happen to be having gaming app and the can easily improve your gaming app by following these techniques.

The most popular app categories among users are social media apps followed by gaming apps and instant messaging apps.

According to data from App Annie, mobile games account for 74 percent of users’ expenses on Android and iOS app stores. This means that climbing the success ladder has become much more difficult due to the hyper-competitive landscape. Hence, you need to be on your toes and go a step further to convince users to use your gaming app.

More than half of all users have experienced issues with mobile applications. This figure does not bode well for mobile apps because only 80 percent of users retry an app after it fails to perform properly the first time. The performance of an app deals with how fast or slow the app loads after it crashes, how smooth its features work, and how it is ranked on the app store, among other things.

As a developer, you must know how the app stores where you publish your app actually work. It is very similar to SEO, but the difference is that ASO deals with apps instead of web pages. Also, ASO has a much greater impact on an app’s success. The higher an app is ranked in app stores, the more easily it is found when users search. Hence, there are higher chances of people downloading and using your app.

There are a number of factors that affect ASO. The popular among them are:

Besides these factors, there are other factors like app downloads, region, and revenue that significantly affect an app’s ranking in the app store. Taking these into account can alter the way the app store algorithms treat your app.

Ways to improve a gaming app:

Now that you know how the App Store Optimization works, let’s look in more detail at the ways you can improve your gaming app. Using these methods will help you increase your user base and maximize your app revenue.

In crowded app stores, there are hundreds of similar apps that compete for users’ attention. Your app’s icon is the first thing that users notice, so make sure it pops out as enticing and eye-catching. While designing your app’s icon, you must be careful that it demonstrates a representation of your app and what users will find when they install the app.

Creating a native app for a specific mobile platform such as Android or iOS limits your app to that particular platform. This way, you lose potential customers that are using a different operating system. To counter this issue, create a cross-platform app that operates across all platforms and on all mobile devices and tablets. This might consume more time and resources, but it will pay back dividends once your app is out there in the app stores.

The cross-platform app development allows you to reach a wider audience and appeal to 100 percent of your prospects. It also provides more exposure to your app and more chances of downloads.

Complexity in a gaming application leads to frustration. Many a time, users put down a mobile app within seconds just because it is complex to use. Whatever the genre of the game, the app should be highly usable, and users should understand its basics within the first thirty seconds of using the app. The Snake game serves as a good example. Till now, apps are being released that rely on its basic premise.

5. Test your app across all mobile platforms and devices:

Many times, developers launch their apps without adequately testing them. This leads to poorly performing applications, with lots of errors and bugs, that are bound to fail. App testing allows you to see the app through your users’ eyes and feel how they will be using your app or game. It also helps you identify the issues in the app, so you can fix them before publishing your app to the app stores. Testing may take some time and additional resources, but it is the right approach an error-free app and highly successful app.

In the highly competitive landscape, unsatisfied users find it easy to switch to competitors apps. They are often vocal about their poor experiences which your app can’t afford. So, make sure you remove all the unnecessary features that are slowing down your app. Test your gaming app to get a full picture of your app’s performance and fix anything that might frustrate a user.

About Michelle Joe: Michelle Joe is a blogger by choice. She loves to discover the world around her. She likes to share her discoveries, experiences, and express herself through her blogs. You can find her on twitter: @michellejoe524 Profile
Please Login 1

19 Replies to “5 ways to improve your gaming app” 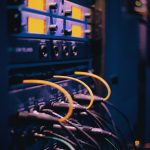 Why is VPS Hosting Essential for your Business?