With the coming of smartphones, the importance of mobile application development is increasing day by day as well as the demand for... 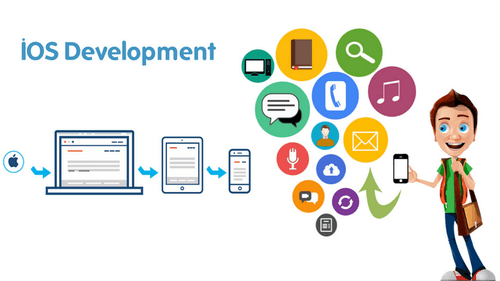 With the coming of smartphones, the importance of mobile application development is increasing day by day as well as the demand for skilled mobile app developers can be seen increasing at a phenomenal pace.

There are several ranges of operating systems on the mobile space which are continuously trying to capture the customer’s attention but since the inception of the iPhone in 2008, the implementation of iOS has brought a revolution to the digital world.

Apple’s iOS needs a specialized approach in order to build mobile apps. You are required to have more strategic planning and implementation in case you are developing a mobile app on this platform in comparison to other regular web apps and desktop software.

The process of publishing the app on this platform is quite intense and requires strict adherence in order to design and development made by Apple which consists of thematic structures, smooth UX/UI, and continuity.

Why iOS is best for Mobile App Development?

There are many pointers that may help you to know what basically are the reasons why iOS is considered to be the best platform for Mobile App development. Have a look at some of the below-given reasons:

The performance of the app is based on perfect coding, so it could be said that coding is the foundation of app development. If the foundation is not strong, it is obvious that the app can not work properly.

The positive point of iOS is that its developers have picked a language called “Swift”. This language delivers amazing results with minimal coding. Swift is also considered as the communicator or the bridge language between the computer and the coder and thus it becomes easy for the computers to understand what is actually required.

iOS emulators are indeed faster and also provide great support if compared to other operating systems. So, automatically this makes iOS emulators much better and more performative in comparison to other emulators as with the help of them, developers can speed up their app development process and can make it quite easy.

The process of developing an app on the Android operating system requires a longer code and has a slower emulator which is the whole process of the app development and ultimately this consumes a lot of time.

On the other hand iOS operating system uses “swift” which requires shorter codes as well as faster emulators and automatically, this consumes lesser time.

Apple offers high-quality developer support and tools which are much better if compared to other operating systems, for instance, one of the market leaders i.e. Android.

There are various changes that perfectly made apps may run into bugs and the reason behind this is that they have to deal with a large number of brands, platforms, as well as screen sizes. But in the case of iOS app development, there is a limited number of types as well as devices so comparatively it is easy to build apps on this platform. Apart from this, there are fewer chances of unnecessary bugs in the app.

Another benefit of building a mobile app on the iOS platform is that it is a high revenue generator and there are various researches and surveys in regard to this. So it could be said that there are more chances of spending on and within the app as compared to Android users. And ultimately, this means that most developers and mobile app development companies would like to develop apps on iOS platforms instead of Android.

In the last few years, it is seen that iPhone app development has become one of the best and biggest businesses in the world. And the reason behind this is that everyone wants to get their ideas, products or services to be known by everyone and iOS app development is indeed the best platform where they can find every developer or designer seeking to get on the platform.

Additionally, in the last few years, various mobile app developers and companies are trying constantly to come up with a lot of new strategies and enhance their mobile app development game. And among these companies and platforms, iOS from Apple has always had a super amazing approach. That is why this platform has been considered one of the most unique platforms which come with a lot of strategies and planning.

Challenges That Only a Good iOS App Development Agency can Overcome.

Why Enterprise Mobile App Development Is Set to Scale Heights? 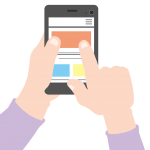 15 Things to Consider For Creating an Enterprise Mobile App