In 2021, React Native was the second most used cross-platform mobile framework by developers worldwide, with a market share of 38%. React...

Some of the world’s top companies like Facebook, Uber, Skype, Instagram, Pinterest, among others, either have a React Native application or use it in their technology stack. It provides rapid app development for both iOS and Android. The demand for React Native developers is increasing as companies move from traditional frameworks to React.

While there are great benefits of React Native, developers face challenges as well. Companies often believe that React Native will solve all their cross-platform development requirements. However, they forgot to account for both the human and machine mistakes that might occur.

This article will highlight the top 10 mistakes that React Native developers might make while creating a cross-platform solution. We will understand how they can avoid such mistakes and make better React Native apps.

React Native application development is possibly one of the best options for cross-platform mobile development. It enables developers to build mobile apps 25% to 40% faster than several other frameworks. Avoiding the above mistakes can easily improve the speed of the development process and the performance of the application.

React Native versus React.js: The Differences You Must Know. 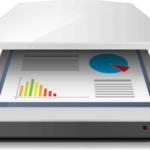