Node.js Vs Golang: Which One To Choose? An In-Depth Comparison

Software architects and technocrats have been proudly leveraging development languages to bring together a website that is robust and flawless in every... 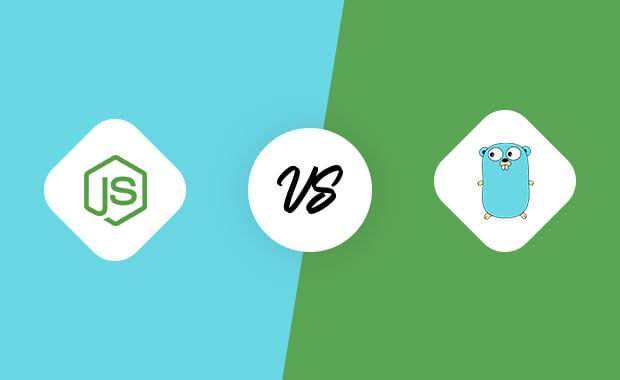 Software architects and technocrats have been proudly leveraging development languages to bring together a website that is robust and flawless in every possible way. The backend software that the developers prefer to use for building a platform from scratch indeed plays a significant role in determining its success and positive upshot.

To encourage you to concentrate on only the best, we have two of the best backend technologies to exist in the market which are on their way to make big noise- Node.js vs Golang.

For us to draw an exact picture, we have consolidated an in-depth piece that won’t keep you in wonderment by the end of this article as to which technology to adopt for your upcoming project.

The open-source software that comes with the backing of JavaScript, is a robust back-end platform preferred and widely used by developers. It supports cross-platform functionality which efficiently runs on the V8 engine and even uses JavaScript codes outside of the website.

What is Node.Js Used For?

It is used for formulating swift and scalable architecture of websites and back-end API services. Its characteristics like non-blocking I/O model and event-driven technology make Node.js a less voluminous platform to operate on, which is also, real-time.

Why Node JS development Is Still Considered As The Platform Of Choice For App developers?

With Node.Js, it becomes possible to develop your application and observe the way it works, real-time. Its capacity to multitask in a non-distracting way, thanks to the single-threaded and event-driven functionality, makes it one of the prominent traits of the platform.

Node.js is a solid example of how you can achieve way above your means using a single platform. It renders the flexibility to the coders and developers to formulate codes in both frontend and backend, hassle-free without having to employ individual experts to take care of the respective domains. This proves a huge advantage for NodeJS development companies.

3. Effortless Scalability Even With Fewer Resources

The microservices that node.js operates in, let you break down complex parts of developing the application into smaller chunks which eventually helps determine and allot tasks to expedite the app development process.

Also, the non-blocking event looping feature comes in handy when there’s a critical need to fasten the implementation process without compromising the results.

Javascript is one of the most widespread and universally used programming languages among coders and developers which offers the advantage of getting used to the framework and start implementing it in no time. With Node.js, it takes minimal effort to create an application from scratch as it requires less time to get through with coding.

Building cross platforms plus real-time web applications do not have to be hefty when platforms like NW.js and Electron exist. It is not crucial for you as a developer to designate most of your time in writing endless codes for every different desktop version out there.

The caching element in Node.js has greatly improved the load on the tasks for the developers. With this, it also eliminated the issue of re-executing the tasks back and forth which now helps the web pages to load without having to wait for long.

Companies That Use Node.Js

Be it social media giants, best blogging platforms, or the most prominent project management applications, node.js has already paved its way towards making its mark. Companies like Netflix, Linkedin, Trello, Paypal, Medium, Walmart, and even NASA have put their trust and confidence into the software for their success.

‘Go’ in Golang is an indication that it’s a product of Google which was designed by Robert Griesemer, Ken Thompson, and Rob Pike. It’s again an open-source programming language that is on its way to making a lasting impact in the world of developers and programmers.

What is Golang Used for?

The construction that goes behind developing software with its seamless developing features makes it a reliable pick among the backend developers. Its uniqueness lies in its ability to generate the APIs which supports the programming of the front end as well.

It’s a programming language that can be easily learned and put to practical use in no time. This is the reason companies are now looking to Hire Golang developers for their web development.

The simplicity that has been adopted to keep the language understandable and convenient for the programmers to get used to is effortless. The limited feature makes it even easier for the entire specification to run in a small number of pages. One can actually achieve more by doing less with this program.

Golang combines the routine workflows in the form of open-source projects that get rendered in a package system based on how you choose to customize it. It also makes it easier to provide support with the help of tooling which is set primarily in the sets of easy commands.

Go is intelligently put together to form a uniform and statistically typed language that ensures that all the codes merge in the correct sequence. It is statistically typed with its syntax derived from C. The broad features you can use are its type safety, multiple typing capabilities, garbage collection similar to that in java, and fast performance like C, with scalability being a constant advantage.

Segregated in packages, Golang offers an extensive and powerful collection of visual assets to catch hold of. A pool of interactive components and elements is right there to use for your next software development project. Also, when it comes to 3D packages, they have a whole lot of different sections, solely to cater to those languages.

Go enriches you with the ability to write your codes in real-time as you work on the unit tests simultaneously. In case you encounter a failure in the unit test which happens because of a bug in the system, the loopholes get instantly detected.

Also, the unit functions tend to work more effectively than the actual function. This happens because the unit tests operate on a mock function which is way more agile than the real one.

Receiving fast results not only gets easy on the developers but also on the management to get things done quickly. With Go, any code you write is automatically converted into understandable language by the processor.

2. The Scope of Golang Will Only Increase

Golang is on its way to becoming the number one choice for all the developers to carry out operations in the most time-efficient and optimal way.

Concurrency is a trait that enables a developer to work on a continuous project with the opportunity to handle things independently at the same time. Also, the Goroutines come as a relief with its non-blocking issues.

To be able to witness how your code looks when executed happens to be a pro feature that Go offers. It saves the developers to decode the dilemma of code transparency.

Companies That Use Golang

Billion-dollar companies have started to use Go as their one-stop-shop for all their software development needs. In the list, we have Google, Uber, Twitch, BBC, and even Dailymotion to name a few.

How To Choose Between Node.js & Golang?

Choosing is never obvious, especially when the competitors are this strong and reputable. So, let’s fairly settle this. Here are some key differences between the two so that you can make a final verdict for yourself.

Let’s discuss the learning curve both of these technologies possess. First, Node.js is extremely straightforward to learn. Making a strong grip when you just get started with any programming language is hard, but not much with Node.js.

On the flip side, when we speak of Golang, it comparatively demands longer to get used to the functioning and finally start developing web pages like a pro. Thus, when it comes to exposure, Golang seems to have a steep learning curve compared to Node.js which is simple to work on.

When it comes to performance, Node.js does a decent job by efficiently resolving the issues of programming languages that lag with its compiling abilities. Its dynamically typed out language is its USP and that you can hardly get in Java or C.

Even though Golang manages to outshine Node.js in multiple parameters. Google’s prime focus when it carved out Go was to keep in consideration the quality of performance it imparts to the developer’s community. It is known for its lightweight which also supersedes Node.js with its power-packed execution process.

Scalability is much reliable and compatible with GO when in competition with Node.js. Goroutines allows access for seamless execution of threads that can smoothly sync parallel to that of other threads.

What happens in Node.js is that it works a dash differently when it comes to concurrent programming because it’s a single-threaded platform. It somehow diminishes the quality that makes it a bad user experience.

The errors are taken care of in a much more practical way when it’s by Node.js than how Golang handles it in the longer run, however, both happen to have their pros and cons.

Starting with Node.js, it imparts an uncomplicated way of handling errors with its throw-catch method. With Golang, though the consistency it maintains while checking the errors is significant, it commands way more data that sometimes gets out of the league while checking a particular code written.

So Who Ultimately Wins The Battle?

Well, it’s a tight battle to get resolved this soon. Even though both the platforms seem to have amazing traits with their own sets of powers and flaws, it’s ultimately a backend developer’s job to pick which platform fits like a glove for the current project at hand.

So when it’s Node.js vs Golang, there’s not always a clear winner.

What Do You Need to Know About Online Coding Bootcamps?

Ruby on Rails: 5 Reasons to Choose It for Your Website

One Reply to “Node.js Vs Golang: Which One To Choose? An In-Depth Comparison” 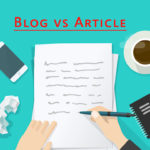 Learn the Difference Between a Blog And an Article