Every year, a handful of concept smartphones surface on different websites and in promotional films, leaving us to wonder when we will... 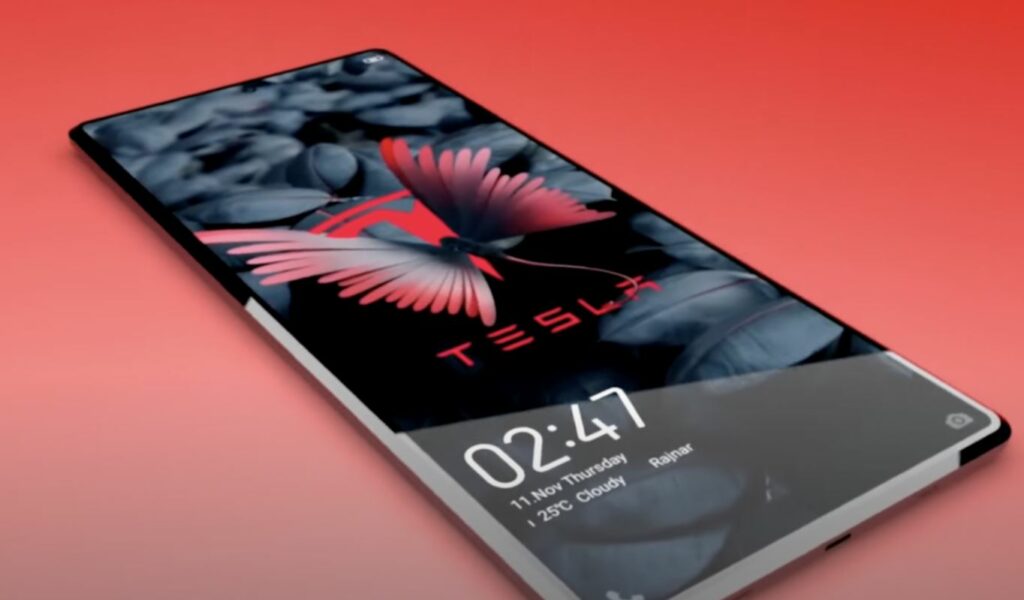 Every year, a handful of concept smartphones surface on different websites and in promotional films, leaving us to wonder when we will be able to lay our hands on them. In some situations, maybe never, since most of the cell phones we see are too far in the future to be made.

However, they inspire phone makers, and if not completely implemented, a few functions make their way to phones. Consider the iPhone as an example.

In 2005, the touch screen functionality was deemed more science fiction-like and difficult to execute, but it is now a standard feature. Observing this makes one wonder what our cell phones will look like in about a decade.

If you had any worries, the water-based mobile AQUA designed by Bon Seop Ku includes a graphical user interface and a water display.

The amusing aspect is that icons may be removed from the screen by merely stroking them. In addition, it is known that it features a liquid-type battery, which is unlike the batteries we are used to.

The Meizu Pro 7 makes a daring move away from the typical smartphone market by including a horizontal secondary display below the camera. Sergey Popovich’s SPhone seems to be influenced by this particular style of phone art, and it can do more than just show important messages.

It’s all about making a space for preferred widgets, particularly with the capabilities of the Android 12 operating system, which places an emphasis on usefulness and UI design to do more with an aesthetically pleasing design process.

It will use sunlight to recharge its battery just like Elon’s Tesla Smartphone will do.

The new Android smartphone idea created by Evan Huang is quite unusual in the current context since nothing like it has ever been done. The conventional smartphone has been combined with a cylinder-shaped loft that contains either a speaker system or a camera module with a flash for dual-sided photography.

Interestingly, this cellphone extender is available in either a thin metal shell or plastic. For people who don’t want the metal bar on the head of the phone to stick out awkwardly from the silicone flames, the developer is thinking of making the frame partly out of steel to match the design.

The phone is pictured in a variety of pastel colors, and there are even versions that combine two colors in an interesting way.

The phone that Andrew Zheng made is a slim slider that has a touch screen and a keypad with physical buttons.

The LG Traveler’s odd form was designed to improve grip, and this feature has been improved. Thanks to the rubberized side grips,

The Eclipse Intuit telephone was designed by Eddie Goh. It features every fundamental function we’ve grown to expect from our mobiles, including a 5MP camera with programs for processing and higher output to a photo book, a float touch keypad with haptic information, and a large trackpad in the front.

This idea is unique because it uses a photovoltaic skin that is only a few molecules thick to charge the phone’s batteries when it is in any kind of sunlight.

Mozilla’s Seabird is beyond description in terms of its pure brilliance. Two inbuilt pico projections can project a monitor onto any wall and a laptop touchpad onto any level surface, delivering a pocket-sized Linux desktop.

Furthermore, wireless headphones, a controller, and a mouse are included in the device. Watch the video, start drooling, and then mourn when you realize it’s just a fantasy (for now, at least).

Note that the terms “display” and “mobile” are equivalent in this context since the gadget appears to consist just of a screen. We have given up on figuring out how this might ever be constructed, but some of us have theorized that it may be fueled by fairy dust and creamed honey.

This is another brilliant idea from Sony. Compared to Nokia’s Ngage, it’s amazing is much better (no offence to Nokia). Take a peek at their most recent application filed to see the PSP’s connectivity with mobile phones.

When the device is in its phone mode, it becomes a simple cell phone with a number pad, submenu, and functional buttons. When the screen is rotated 180 degrees, the settings screen keys transform into game controllers, transforming the gadget into an incredibly convenient gaming console. I believe this concept to be rather sound.

With so many features on cell phones these days, Try Yeh’s Liteon mobile idea is a simple way to sort through all the options.

The Liteon device is powered by a solar panel and has a magnetic interface. This magnetic technique helps users adapt the panel’s functionality to their present activity.

Whether you’re participating in sports, viewing movies, listening to songs, or picking up the phone, the Liteon mobile is a quick (and fairly nice) choice for your busy smartphone existence.

Although it is unknown if this great product is in development, I would love to see it materialize. We are now only aware of its

The extremely thin phone has polished nickel hardware and a cover that flips down. We can no longer wait, Sony. Put it down.

The Phone with an Onyx Design

I hope you have not forgotten the Onyx idea phone, which was the first biometric tap cell phone to use Synaptics’ Clearpad translucent touch-sensitive sensor. The Onyx has an elevated display screen and a slightly sensitive sensor that is translucent. Future sensitive touchscreen phones are shown in the video, making it worthwhile to see.

At CES 2021, LG revealed its first rollable device. The manufacturer refers to the display as a “special scalable panel” that converts the gadget from a smartphone to a tiny tablet. The LG Moveable Cellphone’s screen can roll into and out of the phone, but it’s not clear which display is being used.

Two movies were used to demonstrate the gadget, indicating that there is no model yet. LG has already experimented with bendable TVs, but the technology has yet to reach its handsets. The LG Fly also had a rotating screen with two OLED panels that overlapped each other.

Our particular favorite among the ideas is this one. It’s so playful that it’s almost annoying, but we like the functionality and creativity it’s added.

This is not the classic smiling face on the Android text message symbol; rather, it is a phone meant to reflect a more human connection with the chilly, hard computing device with which you converse so regularly.

This phone would feature beard stubble symbols dependent on what you’re doing, day/night settings, and an extremely interesting alarm clock that raises the device to face you. To deactivate the alert, just return the phone to its horizontal position. In place of a vibration, the “peeling” feature may also serve as an alert. This phone is said to be capable of recognizing your emotions. This device was created by Julius Tarng.

Troubleshoot or Refresh your Android Phone with these hacks.

Things to Consider Before Buying the Latest iPhone.

Zaryab Hassan is the founder and CEO of Xvola, an informational blogging website. He is an ex-banker that helps him in digital marketing and managing sales team Profile
Please Login 0

Follow us on
Up Next: Complete Guide to Legacy Application Modernization