Android vs IOS which is best

If you’re planning to purchase a new phone then this phone will be running on either Google’s Android operating system or Apple’s... 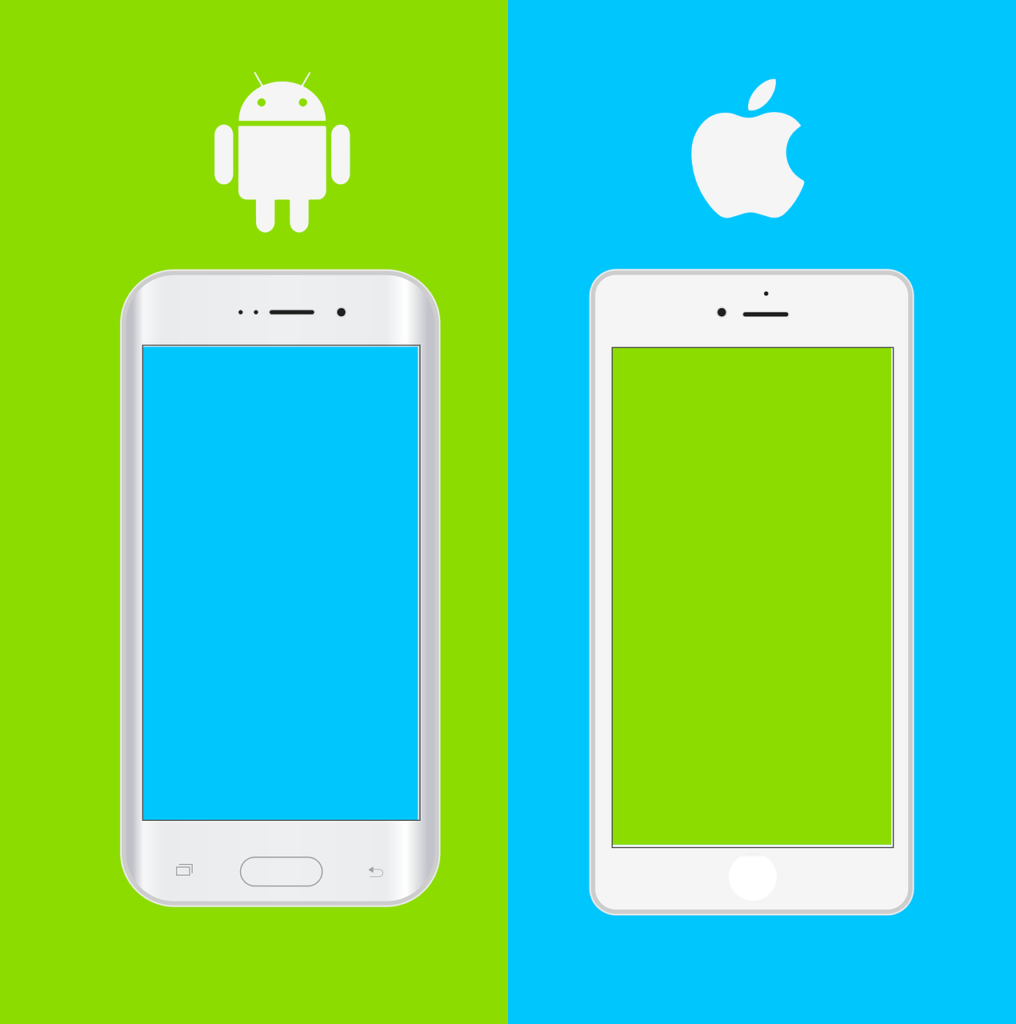 If you’re planning to purchase a new phone then this phone will be running on either Google’s Android operating system or Apple’s iOS Operating System. According to IDC Both the technologies accounted for almost every new smart-phone delivered in the last few years. The great news is that these mobile phones operating systems are outstanding. In these Smartphone companies, operating Systems and a lot of things are similar or matched with each other, but there are also some differences in these operating systems that you’re trying to choose. Those who’re going to Choose Android vs iOS then here we provide Some categories and Each Category tells you which one platform is good and which platform device is best for you to buy a new Smartphone. Choose the device that matters much more to you. today we give full detail and compare Android vs ios.

Customizability has always been one of the biggest strengths of the Android platform. This is very easy to edit or Customize your Android phone and users can set any same design that they want on your mobile phone home screen, also add widgets and also add some shortcuts menu, and sometimes even start changing your Mobile device entire UI (user interface) with external and default launcher. Users can set Mobile device backgrounds in an iOS platform and there is very little support for widgets, and Shortcuts but users do not have the same levels of control. The android platform also helps users to set up some third-party applications as the default options for other applications that are still restricted in iOS.

Because Gmail has been the most famous email address service throughout the world and it makes perfect sense for the Gmail application to be a winner. Users can also simply connect emails from various Gmail services. The user-friendly application and other Google Suite features to set itself apart from most of the application. The only problem in all the Android phones frequently provides alternate email applications from manufacturers and it may be or may not be better.

Basic calls and texting Message feature is great on both IOS and Android platforms, but in the case of the Android platform, it can be a little bit confusing and challenging. Google does seem to be straightening it into Hangouts, which enabling messages, SMS, video calling or Chats, group calling or chat, and much more via wireless fidelity (Wi-Fi) or your Mobile device data networks, and then ALLO and Duo releasing it a little bit confusing, and so now Hangouts are retiring.

And there are Some Android Messages apps, that are called Google Chat, and that it’s the by default messaging application tool. And it makes the matter worst, you will note that certain manufacturers want to sell their alternatives Most Android phones start to launch with their texting and dialing pad applications and in addition to Google’s texting or messaging application, or they’re eliminating with Google’s applications. It looks like Chat, built on the latest Rich Communications Service (RCS) messaging format, it will integrate everything, but it’ll be a time before it becomes available on all the Android platform device.

What Is a Hybrid Call Center?

FaceTime and iMessage come pre-installed or by default on both IOS I-pad and I-phone device, and it’s incredibly easy to communicate with your friends and family members. Although iMessage is simple to use, and this works better to connect with many other users of I-phones, and it developing an environment of the blue and green bubble. Users will include its third-party application integration, cool and funny stickers, GIFs, and are more in the iMessage.

Android platform is very much complex than iOS Platform, and there is no need to plunge into configuration options. Both IOS and Android platforms provide a large variety of accessibility features. Manufacturing companies such as Samsung do have options such as “Easy Mode” that makes the screen wider to make it faster, and users can use a third-party application to do. There have been a lot of good old applications on the Android and iOS platforms.

Camera Category comprehension in both Devices is very Difficult. In the previous category, we’ve claimed that the IOS smartphone is doing the better job of catching the light, colors, as well as other information, however, the new Android Mobile phones put lots of doubts upon this assertion. Pixel 4 and Pixel 4 XL of Google have outstanding cameras. Although the latest crops of Android flagship devices feature great, or even excellent, cameras, there’s now a fair amount of variation, as well as the performance of other devices of mid-range cameras does not in itself come near the quality of IOS cameras. Just as you’d imagine, some budget android Mobile Phone devices have very low-quality cameras.

When you’re using the Google Photos application then the user can quickly back up all their deleted images and videos. And there is no chance that Google Photos application is a perfect choice as it provides unlimited free space if you ever don’t like the 16 mp picture resolution limit as well as the 1080p video’s resolution limit. Users can back up the pictures and videos to an initial iCloud and Google photo library size, but you’ll get 5 GB free storage iCloud as compared to Google Photo is up to 15 GB of free space.

Apple IOS is also falling behind when it comes to cloud computing and online backups. Google provides 15 GB freely available and it has a cross-platform. Users just get 5 GB free storage space on iCloud, and that only appears to be working with only Mac, and iOS, and Windows.

If you’d like some amount of extra Storage space, Google Photos charges $2 monthly for 100 GB and $20 per year, whereas Apple charges $1 monthly for just 50 GB storage space and $3 monthly for 200 GB. Apple’s price increase for 2 TB rises to $10 monthly. Google also can offer users 2 TB for such a cost, and the user will get a discount when users spend $100 per year and $8.33 monthly.

Android cloud services are simple and easy to use and efficient than iCloud applications. Users could also use Google Drive on your android device, while iCloud is on iOS.

Cloud computing and data security – What you should know?

Users could do most of the same features with Siri in Apple device as Users do with Google voice assistants, and Siri is much more of quick help to fix calendar dates, scan the internet, or make phone calls. Google Assistant does have an extra coating on it. it may provide helpful tips, and it has a much more communicative feature that provides enjoyable games plus entertainment. Adding Siri Shortcuts for iOS 12, which helps users to set-up voice recognition to activate groups of automatic activities, is a major move in the right direction, but Siri is now starting to make more recommendations based on the user iPhone. As of now, though, Google Assistant has been able to go further and appears to have been developing at a far faster speed, providing such items as call monitoring.

Faster updates have become much more critical than ever, as security risks are getting more extreme. Android device is beyond in the field of updates once you have an inventory in the Android app, so it’s very less stable. Since millions of Android users that use Android phones are now run applications, they may be prone to serious vulnerabilities like security flaws and Stagefright.

Apple gives preference to customer privacy and that you can be comfortable knowing that your details are not processed or accessed by Apple. It was all secured, too. In the meantime, Android secures some of the data, but user privacy is very less secured. Google is searching for the data for knowledge that that is used to give you better advertising and customer goods. There is no doubt that iOS is by far the safest and secure platform for application and it one which best preserves the users’ privacy. If you’re involved in your security and safety, So, IOS is better as compared.

Both Android and iOS platforms require users in seeing your battery consumption at quite a glance, and it is broken down in application, but in the case of Android provides an estimation about how much battery capacity or Battery life. Both platforms also offer power and Energy-saving modes which can increase your Phone battery life by reducing performance, Capacity, and connectivity, as well as other power-saving application features, or how it operates is usually more flexible on Android devices. It’s important to note that you need to buy a fast Adapter charger Separate for the some of the iPhone Devices, while it’s typically initiated inside an Android phone box. Device Battery life category is very far from consistent, but try to compare competitively priced of android devices to IOS device, those who try to always have long battery life and they will always have fast charging cable and adapter included in the box, so we can say Android is better than IOS.

IOS platform owner spends so much money on buying accessories and things than that of the Android Platform owner, and Apple had also developed up a massive core country ecosystem because of its tablets and Smartphones. Android smartphones have followed the Micro USB and USB type C standard in Android adapter, while the Apple IOS platform relies on the patented Lightning cables, which means that’s much harder to locate a plug if anyone who is not an iPhone user. It often means that you’ve got to splash out with an overly expensive or Most costly Apple adapter. External manufacturers may be pursuing IOS as Everyone’s main target, and it’s very difficult to Search anything without Micro USB and USB type c.

It is also important to keep in mind that most of Apple’s product communities work incredibly together very well. The brand’s products like iPad, MacBook, and Apple Watch, and HomeKit all these products work together during perfect agreement. iPadOS, macOS, WatchOS, and iOS are most closely linked, making it easier to place all Apple devices along with the same website. On the other hand, the Android platform is developed its product with many multiple manufacturers, and product ecosystems differ in this case. Samsung Company has provided a fantastic ecosystem, or even android devices have supported from Home, Chrome cast, as well as android Wear. even so, it isn’t as effortless.

Android platform has the best in the various category but in the case of iOS platform, this is better in some most important categories like Security, Camera, and Accessibility. these two platform comparison is very difficult. While Apple controls both the hardware and software of your device and also users will find that iOS delivers a more stable experience. At the end of this Article, we tell you that Every category will not important for all the Smartphones user, and you can pay some attention to those that matter for you as well as making your choice based upon it. If security and protection are a major factor, so, then the IOS platform is a great choice for you. If someone’s battery life is the topmost priority of your category list and you also like to modify or customize your Smartphone, then you go for or choose the Android.

Is a student and Online Geek. Who Diggs out the different ways for how can we make money online. He has been earning through e-commerce sites for years and wants to share his experience with all. Profile
0

Questions to Ask in Finding the Right Phone

How Much Control Does Google Have Over Android?