Expanded Internet use among organizations and people has impacted the way of business. This made many companies shift from traditional web applications... 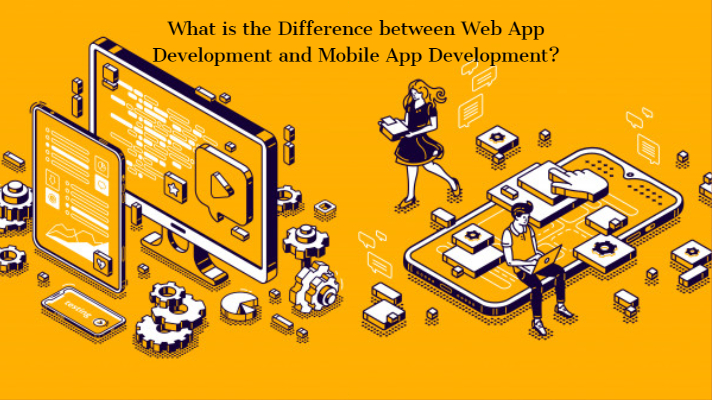 Expanded Internet use among organizations and people has impacted the way of business. This made many companies shift from traditional web applications to cloud-based. Today individuals use mobile devices to access information more than ever before. The world is heading towards digitization. Technology trends, consumer demands, and other factors have been significantly impacting application development. There are two main types of app web-based and mobile-based (or native).

As an organization before you invest in your application development, you have to identify which app will suit you in a more reliable way to meet your goals and budget. Are you interested in app development but don’t have an idea in which app development you should go with either web development or with a mobile app?

In this article, you will get in-depth knowledge of the difference between the web and mobile apps, this insight will help you in the decision to develop apps.

What is Web Application development?

A web app or web application is a software program that runs on a web server. The web app is a single application that runs in any Operation system like Windows and OS X. Developers aren’t required to distribute the forward updates for the users. By updating the application on the server. The user can have access to the updated version of the app.

Web apps have several advantages over desktop applications. Web apps run inside the web browser so developers don’t require them to develop web apps for multiple platforms. For example, if an application that works in Chrome will work on both the operating system like Windows and OSX.Â  Web app developers do not require to share or distribute the software updates, they can do simply by updating the application on the server, all users will have the access to the updated version on the application.

The best examples of Web applications are Google apps like google docs, google sheet, google slide, Gmail, and Microsoft 365. This will help the user and other team members to access the same version of a document simultaneously.

What is a Mobile Application (Mobile App)?

Mobile App is most commonly known as apps. This Application is software that is designed to run on a mobile devices like smartphones, watches, and tablets and also generally serve users with similar services to those accessed on laptops or PCs.

There are different types of apps available in the market. For example Gaming apps, Productivity apps like booking hotels and Lifestyle, and entertainment apps like Netflix, Facebook, etc will fall into the Mobile App category.

There are 4 significant development approaches to mobile apps

Mobile apps are developed for operating systems like iOS and Android. They can be accessed from anywhere by downloading the application on the device you want to use. Whereas the Web application requires an internet connection to use.

Mobile applications are much safer when compared to web applications. As web apps require the internet and mobile app are installed directly to the devices.

Web Applications are simple and portable applications. Whether it is a mobile or web application both will save time and money.

The web app is less expensive when compared to mobile apps. This is mainly because the developer has to build the application in multiple operating systems (OS). Then it will be an addition to the process in mobile app development.

The Advantages and Disadvantages of Mobile Apps and Web Apps

Web apps are more comfortable to access because anyone can access the same version of them at any time online, and Web apps are always up to date. Though, web apps arenâ€™t as easy to detect because there isnâ€™t a centralized store of web apps for all mobile devices.

Benefits of a web application

People are more familiar with native app or mobile apps. They can be discovered easily by browsing and downloading them from the App Store. As the native app is stored in the device itself.

Hope this article will help you to identify the best application that suits your business needs. Overall, we have seen the positive and negative aspects of both Web app and Mobile Apps.Â  One thing we have to keep in mind is that the world is emerging with mobile users each and every day. If you have a mobile app it will allow you to engage more users.

The increased usage of the internet among individuals and organizations has impacted the way of business. The widespread adoption of web applications shifted the company from traditional to the grid and cloud-based models.  Web apps give businesses the ability to streamline their operations, increase efficiency, and reduce costs. Many development companies provide both mobile and web apps services with custom development to satisfy end-users. Identify which application development will be the exact fit for your business needs before reaching out to the best app development companies. 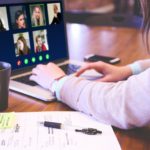 How to Increase Business Performance with Virtual Meetings?