If Someone planning to build a mobile application for their business company would eventually have had to raise the question that: what... 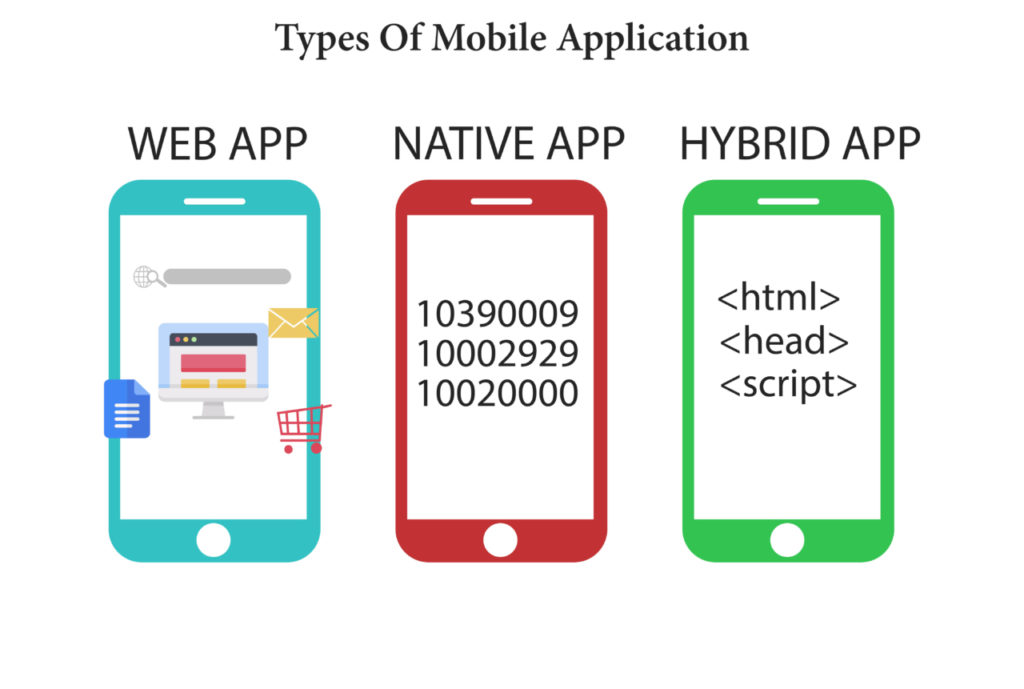 There are three types of mobile applications:

Native applications are designed for the operating system ( OS) of your Android or IOS mobile device. Users can use native Android mobile applications or native iOS applications, which are not mentioned in most other mobile platforms and devices. Since they’re designed on only one device, you can’t mix or match by saying, this is just used in the Blackberry applications on your android smartphone, or also use in the iOS applications on your Windows phone. They were specifically designed for this application and it can take full benefits of all their capabilities of a device and this app can use the microphone, camera, and also GPS, navigation system, and compass, and contact list, and many more.

Technologies are used in Native Applications

Along with their particular focus on the native apps get to have some benefit of becoming faster and more accurate in terms of quality. They are typically more effective with both the resource management of Android device applications than some other kinds of device apps. Mobile applications are used for the mobile interface UI to offer customers a more customized Particular mobile application and take good experience. However, since native applications attach directly to computer hardware, that we have access to a wide range of Mobile device functionality, such as Bluetooth, phone directory, contacts, photo library, NFC, and many more.

The drawback with native applications, though, is that once you start creating them then, you have to repeat the efforts on each of the various platforms. That software you build with one platform could not be repeated on another platform. It is pushing up the price. To not even mention that the work is necessary to maintain and upgrade and update their version with the software.

But instead, each time your application needs to update is demand, and the user does have to download their latest file and then they reinstall the previous one. Which also ensures that native applications take up some of the previous Storage space.

Web applications are similar to that of Previous native apps, which are accessible through a web browser from your mobile. These’re not stand-alone applications throughout the way that you need to install and upload code on your system. In reality, they are very reactive websites that customize their interface design to just the system on which the user works. In actuality, when you find the option on your system to “install” the web applications, sometimes it essentially web pages this same URL of your website on your System. One sort of mobile app would be progressive web applications (PWA), which is essentially a native application running on the web browser.

Technologies are used in Web Applications

Since it’s a web-based application, there was no need to modify this to a site or an OS. This growing the costs of production. And, there was no need to download or install this application nothing you can add or modify on this. They’re not planning to consume dynamic memory storage on your computer like such a native app, and It makes updating simpler just to move the life updated across the network. Users will not need to download, install, and update from the app store.

And this is also applicable: web applications are completely based mostly on the web browser that is used on the system. Features and functionality will be required on each web browser and therefore will not be accessible from another, providing valuable users various experiences.

Even though they’re casings besides websites, those who’re not going to work completed securely encrypted. When they have some of their offline function, the system would also require an internet connection that is for back up your system information, they have some new information, or reload what will be on the device.

Technologies are used in Hybrid Applications

Creating a hybrid app is very much easier and more cost-effective than the other two apps native app and Web apps. Even so, a hybrid device may be the least feasible option – a way of proving the feasibility of creating a native app. They also bill easily, are suitable to be used in poor countries for internet access, and provide users with taking users a good experience. And also, these apps use a common coding standard, there is far less access and to maintain it.

Hybrid apps can lack the power capacity and speed or Frequency that are the key features of these native apps.

Why should we Choose these 3 Mobile Apps?

Each of these types of applications has some of its benefits and drawbacks, even Though I have simply pointed out, and Now, we let’s describe them.

While mobile applications can take full benefits of certain functionality, native apps and it has access to the entire variety of device that specified functionality, such as GPS, navigation system, contact list camera, gestures, and alerts, and So on.

Native applications are leading the speed contest. Mark Zuckerberg reported in 2012 year that Facebook’s greatest mistake was to invest in the mobile network and not to be local. Up to this point, this same Facebook app was a hybrid HTML, CSS, and JavaScript Core app; by the year 2012, it was replaced by a fully native version. The key functionality of this application is responsiveness.

Installing any native, or hybrid application is a problem for users: we should be very inspired to support the expense of interaction. “Installation” any web application requires building a bookmark mostly from the home screen; however it’s easier than downloading and installation of a new Mobile app to the application store, it’s less common to users because people don’t need to use bookmarks very much more on mobile.

Maintenance of any native application can be difficult not just for customers, as well as also for developers too, and even more so if several versions of the very same data have to be managed on various platforms. Its improvements have to need to be packed in such a new version and saved within the Mobile app store But on the other side, running a mobile application or any hybrid application is as easy as managing their web page, which can be achieved as frequently or as much possible.

Native applications, hybrid devices, and web applications are also approached to satisfy the requirement of all mobile phone users. That there’s no common perfect answer: every Application has its advantages and disadvantages. The preference of one over the other that are depends on the particular needs of every customer.

A Beginner’s Guide to Flexbox And CSS Grid.

Is an Online Geek. Who Diggs out the different ways for how can we make money online. He has been earning through e-commerce sites for years and wants to share his experience with all. Profile
Please Login 2

One Reply to “Types of Mobile applications” 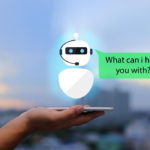 How are AI Chatbots helping in Industry to serve customers?