Mobile apps have become a go-to source for businesses worldwide to attract a wider audience, generate more leads, and take their business... 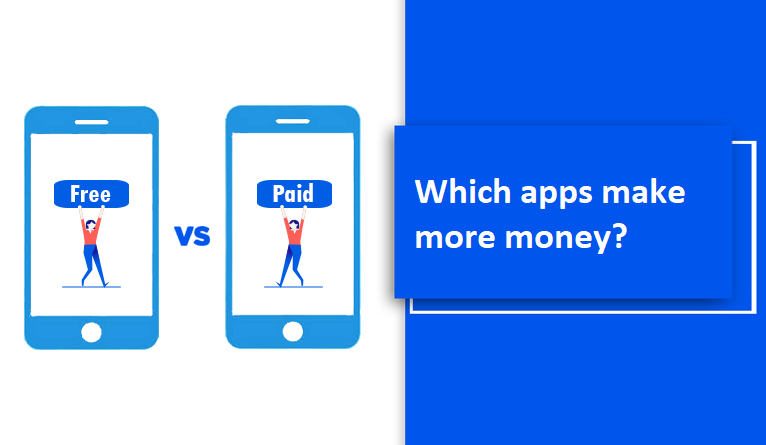 Mobile apps have become a go-to source for businesses worldwide to attract a wider audience, generate more leads, and take their business to a new level.

As of now, you will find mobile apps in various categories such as productivity, dating, education, sports, finance, etc. Moreover, all of these apps are generating a massive amount of revenue.

On the app store, several apps are paid and some are free. In fact, as per the statistics, more than 80% of apps are free on the Play Store.

Over the years, there is a constant debate on the topic of free vs paid apps. Moreover, people globally when planning to launch apps always get confused about keeping the app free or paid.

If you are also wondering which apps make more money, then you have reached the right place.

In general, which apps make more money depends on the pros and cons of the type of app. Secondly, it depends on the monetization models they are using.

Therefore, here we will discuss the pros and cons of both free apps and paid apps. Further, we will talk about the monetization model of both types of apps.

Let’s have a look at the pros and cons of the free and the paid apps quickly.

As these apps are free, there are lots of pros:

Here are some of the disadvantages linked with a free app.

Here are some of the pros of paid apps for app owners:

List of cons that are associated with paid apps:

After going through the pros and cons of free & paid apps, let’s move on towards monetization models used in these apps.

Here is the list of monetization models used by the free apps:

Advertising in apps is one of the most basic monetization methods through which many apps generate money.

You can also integrate advertisements into your app. Here you earn money when ads get displayed on your app, and someone clicks on it.

There are five popular types of advertisements used by apps:

In banner ads, the ads are shown at the top or bottom of the app. Also, you can display ads at a more creative location. Moreover, showcasing ads of different sizes & different locations is suitable for users and effective for the app owners.

Monetizing your free app using full-screen pop-up ads works well when the ad showcased is not invasive. For instance, an ad is shown after a user finishes a specific task like photo editing or clearing a level in a game.

These types of ads are somewhere between the banner and interstitial ads. The ads are larger than banners and display after a specific logic, like completing a particular action or clicking on a button.

These are considered the most suitable ads from the users’ perspective as they look like an innate element. Despite having a low capacity for revenue generation, it is widely adopted by apps worldwide.

Here, you show video ads to the users and reward them based on the total time they spent on the video.

In-app purchases are made instantly through the free apps, and the process is straightforward. Here, the app provides some additional features based on different amounts.

Based on the type of free app; different app provides real money to purchase the following things:

It is also known as the free-to-use model. It is adopted by different kinds of apps worldwide. Freemium means the app is free to download and use; however, specific features of the app are paid.

Users can access all the features of the app after upgrading to the paid version. One needs to spend more time & effort to generate profits from freemium apps. Also, it is said that freemium apps can generate higher profits than paid apps. Example: Google Drive.

In this monetization model, the app owners provide the app fee for a specific amount of time and then charge users a definite fee to utilize the entire content. The apps usually charge users weekly, monthly, or yearly.

There are two types of subscription models used by the free apps:

There is not any specific monetization method used in paid apps. The app itself is paid. Here, all the users have to pay a specific amount to access the app.

We hope you liked our detailed comparison of free apps vs paid apps.

Free apps generate more revenue than paid apps because they can utilize various monetization methods. On the other side, paid apps generate a specific amount from each user.

If you have decided to develop an app, then it is recommended to keep it free and utilize the best monetization methods as per your requirements.

How to Choose the Best Mobile App Name Generators?

Ravi is the Founder & CEO of GuruTechnoLabs, an award-winning web & mobile app development company. He loves to share the latest things in the tech world Profile
6

What is a Single Page Application? Pros, Cons, and Examples 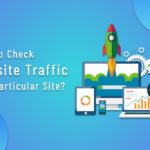 How To Check Website Traffic Of A Particular Site?