Tik Tok Marketing: how it works, strategies and advice

Have you ever thought about Tik Tok marketing? Do you know that it’s a Video sharing strategy and is growing exponentially all...

Have you ever thought about Tik Tok marketing? Do you know that it’s a Video sharing strategy and is growing exponentially all over the world? Teenagers but not only enjoy sharing videos on their favorite music tracks. Tik Tok is a growing phenomenon that is based on the simple and recognized concept of shooting with your smartphone’s camera to enter a large community.

Tik Tok is mainly based on two factors: music and socials. That’s right, the platform is considered social for all intents and purposes. Here users from all over the world can comment, like and share videos of anyone. The target audience for Tik Tok marketing was also fundamental: the so-called Generation Z, young people born between 1997 and 2010. The use of Facebook is increasingly decreasing by these users, who are looking for something new says grplive.

A society where they can be themselves, where young people can express their creativity and their desire to have fun. The target has been instrumental in the success of Tik Tok. Young people become protagonists and thanks to the application’s tools they also spend hours recording mini-videos.

Another advantage of Tik Tok is that it allows large companies to do marketing thanks to the sharing of products from Influencers, the Tik Tok “muzzles”. The phenomenon is so growing that even football teams understand its advertising potential. Inter has always been a team that pays attention to partnerships and fan involvement. That’s why it decided to open its own Tik Tok account, in order to create videos and backstage. ByteDance’s idea to unite two giants like Tik Tok and Musical.ly was an effective marketing strategy. In this way, the 100 million Musical.ly users and 500 million Tik Tok users merged into one reality.

The mission of the two apps was the same, it was just a matter of incorporating them. So even the advertising revenue was concentrated on a single platform. Another aspect to consider is the power of Tik Tok editing. The videos are not simply recorded and published but have a lot of editing possibilities. Themes are among the most varied:

How does Tik Tok marketing work?

Tik Tok marketing, short videos: from a minimum of 15 seconds to a maximum of 60. His slogan is MAKE EVERY SECOND COUNT (give importance to every second). When you open the app you are faced with an interface similar to Instagram.

Another feature of Tik Tok is lip-syncing with the music track you have chosen, the “lip-sync”.

With Tik Tok, you can also make duets with other users. Just open the video, select ‘Share’ and then ‘Duet’. Then you can start recording right away.

How to create a successful video?

Given the guidelines to start taking advantage of Tik Tok marketing in the best possible way, let’s try to understand how to create engaging videos:

7 steps to grow your profile

I also recommend 6 simple ‘tricks’ to use Tik Tok for your marketing;

Tik Tok is also known as Douyin in China. Born in 2016, it was incorporated a year later by Musical.ly. The latter immediately spread to teenagers, thanks to the ability to create playback singing videos of the hits of the moment. Musical.ly was born in China in 2014 and after a short time, it immediately became one of the most popular applications with about 12 million videos uploaded. In 2017 the potential of this application is seen and is thus purchased by ByteDance. Not much time passes that Musical.ly is incorporated into Tik Tok in 2018. The transition from one app to another was not heard by the millions of teenagers who simply upgraded the app from Playstore or Appstore.

The protests against Tik Tok

A social used by adolescents is always in danger of not being appreciated by adults. The founders of Tik Tok have to deal with administration, child privacy laws, and the disclosure of appropriate content.

There have been several cases of protests not only about sexual content but also about the type of message that is given through hashtags. For this reason, there have been limits to the use of certain words. Parents’ concern also stemmed from the continued use of social media by their teenage children. Tik Tok thus decided to incorporate an alarm after two hours of using the application.

Interested in bots for marketing? Here are the Best TikTok Bots You Need To Check Out.

Robin Khokhar is an entrepreneur and blogger who runs this blog. Thus sharing the tips and tricks related to SEO, WordPress, blogging, and digital marketing. You can follow him on Twitter @jacoblucky3. Profile
Please Login 4

The Importance of Event Marketing Platform for Your Next Event

4 Replies to “Tik Tok Marketing: how it works, strategies and advice” 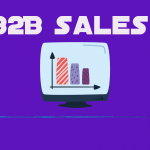 7 Effective Strategy to Improve Your B2B Sales for 2022