The Internet of Things (IoT) is growing rapidly, and in the rush for leveraging their manifold benefits and our convenience, we sometimes... 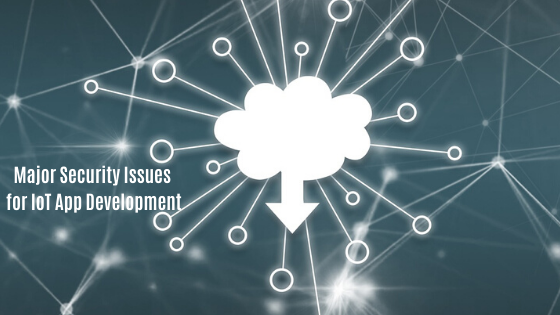 The Internet of Things (IoT) is growing rapidly, and in the rush for leveraging their manifold benefits and our convenience, we sometimes put our privacy and safety an afterthought. Leaving them unsecured is the digital equivalent of leaving our houseâ€™s main door unlocked. According to Gartner, there were 5.5 million new things getting connected every day back in 2016, and we head toward more than 20 billion by 2020.

For all who are planning to implement IoT or Internet of Things must have a proper understanding of IoT securities and its importance. There are several reasons due to which IoT is a challenging aspect for almost every IoT app development company or user.

IoT devices are equipped with a broad set of capabilities, and at the same time, much potential vulnerability also gets introduced. These devices are known as smart devices as they can communicate with other digital devices as well. As new vulnerabilities can be detected in such devices, so they need extra protection and security measure implementation. Many IoT device vendors even forget to implement security features.

For enterprises, security is a paramount concern; it will undoubtedly take precedence over innovation. IoT adoption is continuously increasing by enterprises that, too, at an exponential rate. However, the use of shared network infrastructure to unlock values can create problems or security issues.

The use of shared network infrastructure across multiple operational areas, departments to reduce total ownership cost and increase interoperability between applications and services may unlock tremendous potential and create many problems.

Dave McCarthy, VP of Bsquare, said that a single platform for IoT devices would not work for all businesses and all customers as each user and business has its unique requirement. Many vendors are, therefore, embracing various services and offerings through IoT applications via AWS and Azure.

The vendors are using a cloud platform to implement IoT applications. The industries may add a clickable IoT button as well that can increase and enhance the security issues. The enterprises or IoT Development Company will have to increase the security efforts as well in the future.

We all are familiar with the idea of making a smarter home that is digitally-enabled and knows how to make things work via one touch. All of the information that is shared via IoT devices for automation can be accessed and hacked by unauthorized persons, who can use the information for themselves. Let us take a close look at the threats to consumer IoT security.

Some significant issues for Consumer Security

Consumer data security is one of the significant aspects and topics for any IoT application development company. The significant challenges can be:

In the past few years, the data collection step by smart devices has become a significant part of the enterprises. However, this may be a significant privacy concern for the industries. These industries may include smart televisions that have been caught recording the conversation of user commands. Even smart speakers may also be suspicious while recording the speech. Even some toy manufacturers have been caught recording childrenâ€™s voices and sending the recording back to the manufacturers.

The smart devices can collect many types of data that may include the layout of your house, your habits, work schedule, and much more. A study has proved that out of 81 conventional IoT devices, around 70 of them send data to third parties rather than the manufacturer.

Hackers can hack a security camera. In one case, a couple was threatened with the kidnapping of their baby. In contrast, in other cases, a hacker took control of the thermostat and raised the household temperature to 90 degrees Fahrenheit. While in another case, someone received a fake warning about a missile.

Many of these cases are due to weak consumer security behavior. The device owner either has used an insecure password or a repeating one. Your laptop or mobile is capable of informing that someone has started using them, while IoT devices are not that much smarter.

How to Protect IoT Devices?

Now, as you might have understood how vulnerable IoT devices could be, there are some ways to protect your devices. Some of them are:

1. Create a separate network only for IoT devices

By doing so, you can limit the access of your devices by the hacker. You should make the router secure.

2. Use strong and unique passwords for IoT Devices

Login credentials continue to be the most sensitive links, and that’s really no different in the IoT case. For your other devices, computers, smartphones, applications, and accounts, you should create a strong password for IoT devices as well. You can also use password managers to manage all your passwords. Use passphrases – a series of random words and sentences. The more characters you include in passphrases, the stronger it gets. Always use a combination of letters and numbers. The ultimate goal should be to make it really hard to guess and easy to remember.

Vendors keep on updating the vulnerabilities. Check whether the IoT software has any new version or update? Do they support multi-factor authentication or password or any further security feature? Keep your firmware up to date if you want to maintain security in your devices against hackers or cyber-attacks. Manufacturers are now working closely with security researchers to make the patch update process more robust and are often releasing new updates for the latest vulnerabilities, so make it a habit to maintain a regular check on IoT firmware updates.

You can also use patch management software in order to schedule or regular your new updates.

In order to maintain the security of your devices, you need to have control of what all devices are getting connected to your network. For better security, have access to control on your network so that only allowed devices can connect. To keep it regularized, you can set up a firewall, install the latest antivirus available in the market to help you keep a check on your network, and keep your authentication keys safe.

Be cautious when it comes to apps. Always make sure you thoroughly go through the privacy policy of the apps. Know what data and device want to have access over your network. If it seems unnecessary for the appâ€™s functionality or too risky or suspicious, deny permission right away. Never leave your IoT devices unattended whenever you are using them in a public space. In such open places, you should also consider turning your connectivity (Wi-Fi or Bluetooth) off.

As there is a rapid proliferation of Internet-connected devices (IoT devices) into our lives, homes, and businesses, itâ€™s imperative to not forget that they also represent a security risk. In future businesses and consumers will be using many IoT devices that will be able to communicate with each other.

Hackers are and will be continuously targeting your IoT devices to target the vulnerabilities. IoT service providers keep on focusing on improving the security of IoT devices by adding many security features. So the consumers must also keep on checking for updated features. By practicing strong security habits like using strong passwords, regularly maintaining updates, and connecting cautiously,  we can keep ourselves safe and secure.

Security Measures For IoT Devices and Their Role in Data Privacy. 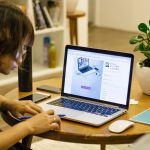