How to Use Animations Successfully In Mobile Application Design?

Animations are a great way to add personality, emotion, and movement to your mobile app. They can also help users understand how...

Animations are a great way to add personality, emotion, and movement to your mobile app. They can also help users understand how the app works, give them feedback on their actions and make the experience more personal. However, not all animations are created equal and this is especially true when it comes to mobile apps. In this post, we’ll discuss what animations are, why they’re important for designing an engaging user experience in mobile applications (and not just websites), and how you can use them successfully in your own designs

Animations are visual changes in an interface. They can be used to make the app more appealing, guide users through the app, and provide feedback on user actions.

Animations are also known as “motion” or “transition effects” because they involve movement from one state to another (e.g., from a button being pressed to it being released). Animations differ from other types of visual cues because they occur over time and don’t change instantly like text or images do when you click them on your phone’s touchscreen display screen; instead, animations unfold gradually over several seconds before reaching their final points.

What is the purpose of animations?

Animations are an essential part of mobile app design, and they can be used for many purposes. There are several reasons why you should include animations in your application:

Introduce users to new parts of the app

One of the best ways to use animations in mobile app design is to introduce users to new parts of your app. This can be done using simple and intuitive visual cues, such as the animation’s duration, which gives the user an idea of how long it will take them to complete their task. For example, if you’re building a shopping app that lets users browse products before purchasing them, and let’s say there are over 100 products listed on screen at once you might want an animation that takes place when one-page loads and then fades into view after each item has loaded onto the screen. This way, users know exactly where they are in relation to all other pages within your application so there aren’t any surprises once they start navigating through each page by clicking around like crazy!

Help users predict what will happen next

In mobile app design, animations can help users predict what will happen next. They can also help users understand the flow of an app and how it works.

Animations are particularly useful for showing progress through an app’s user interface (UI). For example, if you’re designing a fitness tracker with a step count metric, you might use animation to show that a user has reached their goal by displaying the number of steps taken on each day as well as a percentage change in total steps compared to yesterday’s total distance traveled across all days recorded by your mobile device.

You can also use animations when showing user actions within an application such as adding items into lists or scrolling through text fields containing data inputs so that it appears more natural for users who will be interacting with those elements frequently throughout their session on your website/application platform today!

Animations can be used to improve the visual hierarchy and ease of use in your application.

To create a compelling animation:

When designing an app, it’s important to consider how users will interact with the app. The most common way to do this is by designing intuitive interactions that make sense for users and provide them with a clear understanding of what will happen next.

Animations should be used sparingly in mobile app design.

The animations should be used sparingly in mobile app design. Animations are great for providing feedback to users, as well as helping them predict what will happen next. However, animations should not be used for every action or even every UI element on your screen. Suppose you have an animation that requires multiple frames of animation with different states and appearances. In that case, it could be overwhelming for your users and take away from their ability to interact with the UI elements on your app’s screens correctly without losing focus or getting distracted by these unnecessary visual cues.

Animations should also be subtle and fluid in nature so they don’t distract from the content being presented by using too much motion while doing so.”

How to hire an app designer

Now that you know the importance of using animations in your mobile application design, it’s time to find a top mobile app design services provider. It is important to note that this can be very difficult and will require some research on your part.

The best way for you to find a good mobile app designer is by starting with Google. Searching for “mobile application development” or “mobile game development” will give you tons of results in just one click! If there are any companies that appear on these lists, contact them immediately so they can get back to you as soon as possible.

In the end, it’s important to remember that animation is a powerful tool for creating a great user experience. However, it’s also important to know when not to use animations in your app design and why.

One Reply to “How to Use Animations Successfully In Mobile Application Design?” 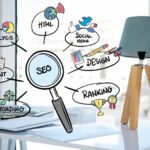 The 5 Pillars of SEO You Need to Know