In the race of developing the best application in the trending market, Android holds the maximum market share. Its flexibility, usability, and... 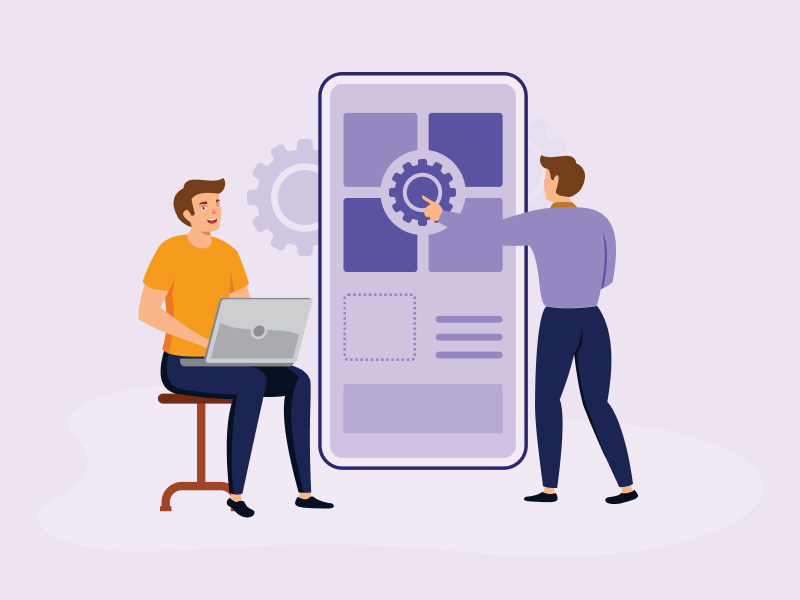 In the race of developing the best application in the trending market, Android holds the maximum market share. Its flexibility, usability, and popularity make it ideal for app development.

Do you know? The number of users with Android-powered devices is increasing day by day. Today, over 2.5 billion active Android users span over 190 countries.

Therefore, building an app for Android is the best choice you could make. And, luckily there are many Android application development frameworks to choose from for the development processes.

But which Android framework will best fit your business needs?

In this article, we’ll discuss the ten best frameworks for Android app development in 2022 and look at what they have to offer.

React Native is the ultimate framework for building native apps with JavaScript and React. The library was introduced by Facebook in 2015 and enables developers to share the same codes for building apps for Android and iOS (2 of the most popular platforms for mobile app development).

Cutting costs is necessary when developing an app, but so is the code quality. React Native allows you to optimize the former and decrease development time without compromising quality.

What’s more? It’s one of the best frameworks for testing your app, which means increased productivity while using a single source of code throughout different operating systems. You can hire android app developers from top app development companies to build a high-performing and scalable app within your budget.

It will enable developers to use one programming language for their projects across different platforms. This is why it ranks among our best frameworks for android app development in 2022.

The hottest new thing in mobile development is here. Google released its Flutter framework in 2017, and it’s going to change how developers build for Android and iOS. While cross-platform frameworks have been around since apps began.

Flutter’s unique widget set allows you to create a native app using only Dart code, no Java or Swift necessary. You also get high-performance graphics, embedded or third-party SDKs and plugins, and much more!

Titanium is a flexible platform that can develop a wide range of cross-platform apps, including iOS and Android. Titanium allows developers to write code in JavaScript or another language like Objective-C or Java and packages it into an app that runs on any mobile operating system.

Besides, Titanium provides high performance and a great user experience by leveraging native APIs. Through its capabilities, it brings your JavaScript-based mobile app to life on your users’ devices all while using a single code for all platforms. So, reach out top android app development company in India to get your next project running with Titanium.

The Android Software Development Kit (SDK) contains a wide range of tools that allow you to develop applications for Google’s mobile operating system. It is one of many different software packages that let you write apps for Windows, macOS, and Linux computers.

With such a wide range of functions, Sencha Touch is one of our favorite frameworks. It’s optimized to work smoothly across devices and has extensive support on forums and websites.

If you’re looking to develop an HTML5 app, Sencha Touch is an excellent choice because it offers so much more than just standard UI elements. Its extensible features include controls like charts, media players, geolocation tools, and more.

Since its inception in 2008, Corona SDK has enjoyed a meteoric rise to become one of today’s most well-known cross-platform mobile development frameworks. This is not surprising given its open-source and free-to-use nature, coupled with being backed by award-winning development firm Zimpleware.

Its popularity has grown exponentially since it developed the Burger Chef Tycoon game, an early example of gaming on an app on the Google Play store.

With Ionic, web developers can easily develop mobile apps. This framework is based on HTML5 and provides designers and developers with a comfortable workflow by building rich applications with little effort.

Also, it o comes with pre-made libraries and a starter kit to get users up and running quickly. It is open-source, making it even more popular than ever before; why is it one of our favorites?

This framework supports mobile and web applications and uses JavaScript as its core language. Other languages are also supported, including Java, Kotlin, TypeScript, and JSON. This is a community-driven framework that has been in development since 2012 and is open source.

It claims to be feature-rich and allows developers to build Android apps without knowing Java. The main benefit of NativeScript Android Framework is that it doesn’t require an IDE (integrated development environment) because all components run inside your favorite browser.

Although it’ s mainly used to develop native apps, SproutCore is considered a front-end JavaScript framework because it uses HTML to construct views and has simple capabilities compared to other frameworks. Additionally, its JS engines can execute code on both the browser and server sides.

Hopefully, you have found a framework that will serve your needs. These are just 10 of what we consider to be the best. Many other frameworks can help get your app off to a good start in 2022.

The decision of which one is right for you depends on what sort of Android app you are developing, your business objectives, and more. So, take a closer look at each of these frameworks and determine which one best suits your needs. Although, you can take help from a top android app development company in India to choose and implement the best framework for your app.

Best Frameworks for Python to learn in 2020.

Reasons Why Laravel Is the Best PHP Framework for Web Development.

Is an Online Geek. Who Diggs out the different ways for how can we make money online. He has been earning through e-commerce sites for years and wants to share his experience with all. Profile
Please Login 6 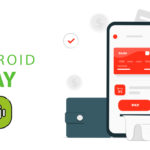 What is Android Pay? All you need to know